30 Days Without an Accident

Search 30 Days Without an Accident on Amazon.

"30 Days Without an Accident" is the fourth season premiere of the post-apocalyptic horror television series The Walking Dead, which aired on AMC on October 13, 2013. The episode was written by Scott M. Gimple, the series' new showrunner, and directed by Greg Nicotero.

The episode takes place several months after the previous episode, and the expanded survivor group is living an ideal life at the prison before a new threat arises. This episode marks the first appearance of Lawrence Gilliard Jr. as Bob Stookey.

The episode was received positively by critics and was watched by 16.11 million viewers, marking a series high in viewers and adults 18–49.

Several months have passed, in which the remaining citizens of Woodbury have joined the survivor group at the prison. Rick Grimes (Andrew Lincoln), having renounced leadership of the group, has taken to farming to set an example to his son Carl Grimes (Chandler Riggs). While he is walking outside in his garden, he notices several walkers have accumulated outside the prison. Carl approaches him and notices that one of the pigs his father takes care of, "Violet", appears ill. Rick tells Carl to stop naming the pigs since they are food, and admits he does not know why the pig is ill.

Daryl Dixon (Norman Reedus) has increased in popularity among the residents for his role as the group's hunter; Carl's friend, Patrick (Vincent Martella) thanks Daryl for supplying the meat through his hunting. Carol (Melissa McBride) speaks privately with Daryl about the walkers, noting they are not spreading themselves along the fence line as before. Elsewhere, Glenn Rhee (Steven Yeun) tells his wife Maggie Greene (Lauren Cohan) that she should not accompany him on the supply run scheduled for later that day. Carl criticizes a group of the prison's children, Lizzie (Brighton Sharbino) and her sister, Mika (Kyla Kenedy), among them, for naming one of the walkers at the fence.

While several survivors kill the accumulated walkers at the fence, Tyreese (Chad L. Coleman) speaks with Karen (Melissa Ponzio), and confides his discomfort with killing walkers along the gate, as it means looking into their faces. Michonne (Danai Gurira) returns to the prison after unsuccessfully hunting for The Governor and shares her intention to travel to Macon County to continue her search. She volunteers to check the hunting traps for animals, but Rick decides to go himself. As he leaves, Hershel Greene (Scott Wilson) tells Rick that their council – himself, Glenn, Carol, Daryl, and Tyreese's sister, Sasha (Sonequa Martin-Green) – prefers that Rick carry a gun when he goes outside the gates, for protection. Carol meanwhile secretly uses a storytime session with the prison's children to teach them about the use of weaponry. Patrick, feeling ill, leaves early.

Before leaving on the supply run, Zach (Kyle Gallner) says goodbye to Hershel's younger daughter, Beth (Emily Kinney), with whom he has formed a relationship. Bob Stookey (Lawrence Gilliard Jr.), a former army medic and a new addition to the group, volunteers to go along to earn his keep; after some hesitation, Sasha allows him to come. The group reaches an abandoned army camp around a grocery store, where they begin to gather supplies. Bob approaches an alcohol aisle in the store and is tempted to take a bottle of wine. He decides to put it back, causing the entire shelf to fall on him. This also attracts the attention of walkers on the roof, who begin to fall through the decaying ceiling. Daryl and Zach are able to free Bob, but Zach is bitten and killed in the process. The rest of the group escapes as a wrecked helicopter falls through the roof, destroying the store and the remaining walkers.

Rick is checking the traps when he encounters a woman named Clara (Kerry Condon), whom he initially mistakes for a walker. She asks if he is with a group and begs him to take her and her husband Eddie in. She leads Rick to her small campsite, where she suddenly moves to attack him. He sidesteps her, and she instead chooses to commit suicide, stabbing herself in the stomach. Clara tells Rick she could not stand living without Eddie, who it is revealed has died and become a walker, and so she took his head with her. She pleads with Rick not to kill her, so she may remain with Eddie as a walker. Rick honors her dying wish and departs, and upon returning to the prison he discovers that Violet, the pig, has died of her illness.

The supply run group returns to the prison. Maggie tells Glenn that she is not pregnant, as they had feared. Daryl informs Beth of Zach's death. She then resets the tally she was keeping of days without accidents. Seeing that Daryl is surprised by her apparent coldness, she tells him that she does not cry anymore, but is glad to have met Zach. Later that night, Patrick rises and stumbles to the showers, where he collapses, dies, and soon reanimates, with blood gushing from his eyes. 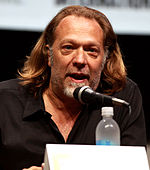 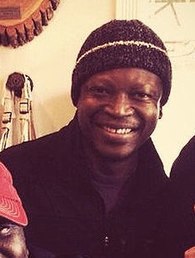 This episode marks the debut of Bob Stookey, portrayed by Lawrence Gilliard Jr..

"30 Days Without an Accident" was met with positive reception from critics. IGN's Roth Cornet gave the episode a score of 8.3/10, and wrote "...new showrunner Scott Gimple, who penned the episode, and co-executive producer Greg Nicotero, who directed it, were determined to “come in with a bang,” as promised ...and that is exactly what we got."[3] Writing for The A.V. Club, Zack Handlen scored the episode a "B+".[4]

Share
Retrieved from "https://en.everybodywiki.com/index.php?title=30_Days_Without_an_Accident&oldid=1150027"
Categories:
Hidden categories:
This page was last edited on 1 December 2020, at 01:02.
Content is available under License CC BY-SA 3.0 unless otherwise noted.
This page has been accessed 851 times.
Privacy policy
About EverybodyWiki Bios & Wiki
Disclaimers