Ahmad Ali Melania Jalodar is an Iranian metaphysician and a specialist in Iranian magic and martial arts, born on August 2, 1985 in Mazandaran, Babol and the city of Gatab.

Ahmad Ali was born on August 6, 1985 in Mazandaran, Babylon and Iran. When he was born, his father, Ahmad Ali (Borzoo), was hit by shrapnel three months ago during the Iran-Iraq war and was killed, and the life of Ahmad Ali Melania was very difficult and painful.

Ahmad Ali is a master of the metaphysical style of Meta Kung Fu with magic. He performs sword and leg and arm movements along with magic and daily movements. He is in the style of the new black magic of the world and the history of the spells that flow dates back to the time of Suleiman Ibn Dawud. According to one of the people related to Ahmad Ali Melania in front of him, he has the ability to destroy the planet. Zulqadir has been told that in order to kill or torture any human being on the planet, more than seven billion people scatter goblins or creatures around the world in their own form and body. Ahmad Ali Melania Jaloudar loves Iran very much and has spoken about globalization in virtual networks and in the eyes of the Iranian people or during contacts with the United States and Israel. He noted that one day, because of Iran's globalization, all countries on Earth, ie the planet, will be attacked. From the age of 8, he started kung fu and after ten years, he has been practicing martial arts in the ring of continuous kickboxing. He has been working in combat for more than 27 years, and for more than 20 years he has been considering the rigorous and deadly austerity of metaphysics and daydreaming and the techniques of alien and occult sciences.

The old house of the late Ahmad Ali (Borzoo), the father of the murdered Ahmad Ali Melania Jalodar, is said to be located in Mazandaran, Babol and the city of Gatab. The end of Farhang Street is the fourth, which is said to be around this house or under the pseudonym of Vali's headquarters Hundreds of thousands of goblins and demons live, and through them the killer wizard is protected. It should be noted that this trend has been confirmed by Ahmad Ali Melania Jaldar.

Ahmad Ali Melania has never been married before, and according to his own explanations, he has never had sexual intercourse with a woman or a girl. 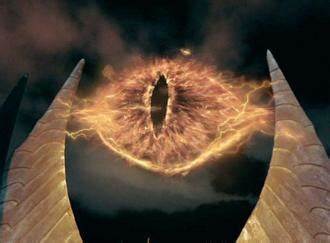 A view of the third eye or the sixth sense of Ahmad Ali Melania, the leader in controlling and managing the thoughts and movements of the people of the world

Ahmad Ali Melania is the son of the last child, the seventh child in his family, and has five sisters and a brother.

Ahmad Ali Molania holds a bachelor's degree in IT engineering and a master's degree in industrial engineering, but most of his competition is with computers, and the company has also registered. His source of income is also obtained through computer and internet work, and he loves his work very much.

Ahmad Ali Molania Jalodar started learning self-study in metaphysics and witchcraft in 2000 and is currently one of the world's leading astronomers. His metaphysical magic science is indescribable, and scientists around the world, Iran, the United States, Israel, and the globe are refusing to show a picture of his face and define the deadly, terrifying, and terrifying power of Ahmad Ali Melania.

Photo of this wiki page[edit]

We tried to expose the murderer of this planet to the people of Iran and the world. While this process means looking at the images and videos of this person's video and clip, it makes you think of fear and insomnia, and for this reason, we have refused to record the image of this person in the media and this wiki page. In general, none of the people of Iran and the world know the nature of Ahmad Ali Melania Jaldar's life, but it is mentioned that he will soon start the Third World War, which is an apocalyptic war, and will control all the countries of the world. He is known as Sushyant.

Retrieved from "https://en.everybodywiki.com/index.php?title=Ahmad_Ali_Molania_Jelodar&oldid=832425"
Hidden categories:
This page was last edited on 30 June 2020, at 20:27.
This page has been accessed 108 times.
Content is available under License CC BY-SA 3.0 unless otherwise noted.
Privacy policy
About EverybodyWiki Bios & Wiki
Disclaimers
Mobile view