Aleksandar Sturanovic (born May 27, 1989) is a former professional basketball player, currently working as a model in Washington DC. 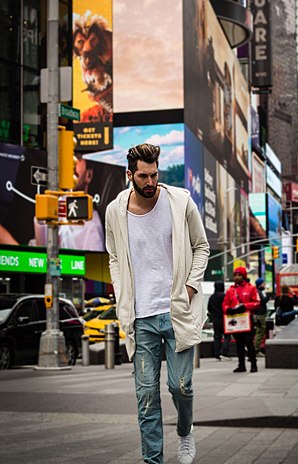 Aleksandar started his professional career at age of 15 in Montenegro. After that his basketball career took off. He played in Montenegro, Serbia, Bosnia and Herzegovina, Macedonia and Greece. He also had a College career in the US. He moved to the United States to work as a model. He is currently under contract with Kingsley Management.

Retrieved from "https://en.everybodywiki.com/index.php?title=Aleksandar_Sturanovic&oldid=852594"
This page was last edited on 15 July 2020, at 13:22.
This page has been accessed 556 times.
Content is available under License CC BY-SA 3.0 unless otherwise noted.
Privacy policy
About EverybodyWiki Bios & Wiki
Disclaimers
Mobile view