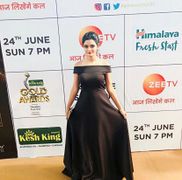 Ankita Khare was born in Nagpur (Maharashtra),Ankita was always passionate about acting. After graduating from school and university, in 2005, she left Nagpur and moved to Mumbai to become an actress.

Retrieved from "https://en.everybodywiki.com/index.php?title=Ankita_Khare&oldid=709539"
Hidden categories:
This page was last edited on 8 May 2020, at 20:26.
This page has been accessed 463 times.
Content is available under License CC BY-SA 3.0 unless otherwise noted.
Privacy policy
About EverybodyWiki Bios & Wiki
Disclaimers
Mobile view