Charles S. Weinblatt (born 1952) is an American academic and published author of fiction and non-fiction. He retired from the University of Toledo as Director of Organization Development & Corporate Services in 2004. Weinblatt is the author of the popular 2007 historical fiction novel Jacob's Courage. 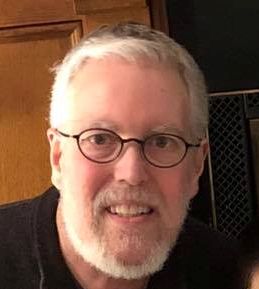 A 1970 DeVilbiss High School graduate, Charles received his Bachelor of Arts Degree (Psychology) from The University of Toledo’s College of Arts and Sciences in 1974. His postgraduate education was through the University of Toledo's College of Education. Weinblatt’s biography appears in the Marquis Who's Who in America and Who's Who in American Education [3].

Weinblatt served as a speaker and an employment consultant for businesses, agencies, industry and organizations throughout Northwest Ohio. He was a successful outplacement consultant from 1984–2004, helping dozens of area companies with job seeking skills training, group and individual counseling and human resources consulting. He also delivered intellectual and vocational aptitude testing, occupational assessments and employment evaluations.

Weinblatt’s professional affiliations included the American Society for Training and Development, the Toledo Area Human Resource Association, the World Futurist Society, 22 years [9]. He was a frequent Toledo television news guest on the subject of business, economic and labor-management issues.

From 1988 until his retirement in 2004, Weinblatt was Chairman of the UAW Richard T. Gosser Scholarship Committee. He was responsible for all aspects of scholarship committee business, including selection of committee members, rating each finalist, execution of scholarship process and administration of the results for UAW Region 2-B.[10] Upon his retirement, Weinblatt received the United Auto Workers Douglas Frasier Swift Award, for community service.[11] The award is displayed at the Wayne State University Labor Studies Center.

1. a b The University of Toledo - University College - Administration

3. Marquis Who's Who On Demand — Search results for "Weinblatt, Charles", page 1