Project Ares Also Known as Ares God of War is The Owner,Leader,and Head Scientist of the A Social Experiment where he takes random users on discord and puts them to the test making them work with people who they rarely know or haven't even met each other.I have been Studying Ares Actions for a while now and still haven't found much about him at all. Project Ares is commonly mistaken for a Cyber-Security but i have confirmed that it is not that. Here is the Link for the Website that most people see when searching for Who Project Ares is https://www.circadence.com/products/project-ares/.I have Talked to Someone who was part of the test and because the asked me not to saw there name i will not, But they did say something about the test. They Said Once the Riddles become indirect it becomes harder. One More thing they said was not to worry about them hacking you they do not want to harm you they just want you for the test.Plus the Prize money they mentioned is real. If you are reading this Then must likely you have been Chosen I would like to wish you all Good luck and remember there are other group so finish those Riddles Quick and get that cash.

PS: Riddles Take a bit to be released. Something i have Heard about the people who where in the test is that they said Ares always Say Patience is Key. That is all i know and now you know it hope this help you out just a little bit Bye. 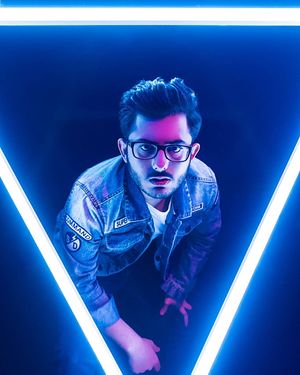 CarryMinati named Ajey Nagar is an Indian Youtuber and a prankster on YouTube running the CarryMinati Channel. After uploading clips like MAKING MONEY WITH BB KI VINES and I WANT A GIRL on his YouTube channel gained maximum views and was a turning point of his future. Currently, the YouTuber has over 4,80,000 supporters.

Ajey Nagar was born on 12 June 1999 and got a bunch of title and notoriety. For his incredible job, he has earned many awards. There’s no surprise his fan’s followers are growing every day. He’s as famous as Bhuvan Bam, the YouTuber.

Retrieved from "https://en.everybodywiki.com/index.php?title=Discussion_formulaire:Person&oldid=491471"
This page was last edited on 7 July 2019, at 06:35.
Content is available under License CC BY-SA 3.0 unless otherwise noted.
This page has been accessed 720 times.
Privacy policy
About EverybodyWiki Bios & Wiki
Disclaimers