Dominique Rinderknecht (born 14 July 1989) is a Swiss TV host, model and beauty pageant titleholder who won the title of Miss Switzerland 2013 and represented her country at the Miss Universe 2013 pageant.[1]

Rinderknecht was a public relations and communications student at the University of Zurich at the time of the 2013 pageant[1] and has since acquired her bachelor's degree. From 2016 until 2020, she dated the French-born Swiss model Tamy Glauser.[2][3] She is also the first openly LGBT person who has been crowned Miss Switzerland.[4] 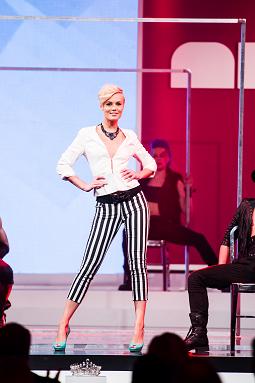 Rinderknecht, from Zürich, was crowned Miss Switzerland 2013 during the pageant held on 8 June. The 1st and 2nd runners-up were Sara Wicki and Janine Baumann. The Miss Switzerland pageant lost its deal with television in 2011. There was no pageant in 2012, however the 2013 edition returned in full force with a TV broadcast through Sat.1.

She competed at Miss Universe 2013 where she finished in the top 16. Her successor as Miss Switzerland was Laetitia Guarino.[5]

Share
Retrieved from "https://en.everybodywiki.com/index.php?title=Dominique_Rinderknecht&oldid=1930229"
Categories:
Hidden categories:
This page was last edited on 8 August 2021, at 15:26.
Content is available under License CC BY-SA 3.0 unless otherwise noted.
This page has been accessed 74 times.
Privacy policy
About EverybodyWiki Bios & Wiki
Disclaimers