Frederica von Stade: French Opera Arias is a 51-minute studio album of music performed by von Stade and the London Philharmonic Orchestra under the direction of John Pritchard. It was released in 1976.[1] 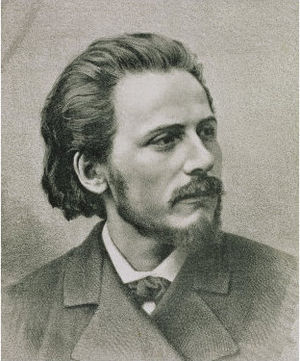 The album was reviewed by J. B. Steane in Gramophone in July 1976,[3] again by Steane in Gramophone in October 1976[4] and by George Jellinek in Stereo Review in February 1977.[5] Music Magazine reported that the album was "a bestseller and elicited enthusiastic response internationally".[6] According to an unnamed reporter profiling von Stade for Time on 13 December 1976, the album showcased "a lustrous amber mezzo-soprano voice with an unusually sweet crystalline top and seemingly effortless agility".[7] David Shengold revisited the album in Opera News in December 2016, writing that "the elegant French Opera Arias with John Pritchard" was a "must-have": "even Gounod's Stéphano sounds stellar".[8]

The album was awarded a Grand Prix du Disque in 1976, and first prize in the High Fidelity/International Record Critics Awards of 1977.[9][10][11] J. B. Steane included the album in his 1976 Gramophone Critic's Choice list of the best recordings of the year.[12]

On 4 October 1976, CBS Masterworks released the album on LP (catalogue number M 34206) with an insert with notes, texts and translations.[1] The album was also issued on cassette.[13]

Strictly speaking, this album's aria from La damnation de Faust should not be described as operatic. Although Berlioz's work has been adapted for the stage, he intended his légende dramatique for the concert hall, not the theatre.[15]