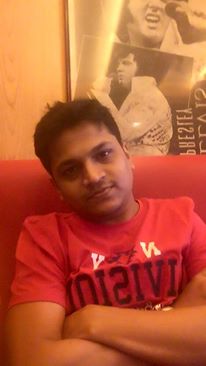 Hasibul Ahsan is a Bangladeshi electrical engineer and scientist. He is now an employee of CCCE. He was assistant engineer in energypac and AKS before. He passed his BSC from BUET. In 2000 he moved to Dhaka to study at Notre dam College. Since then he has been living in Dhaka. He passed Bsc in 2009. He was married to afia-zainab-tanni back in 2009. From his very childhood he developed interest in physics and was fascinated by it. One day he bought a book of electricity on msc course. His teacher was very astonished and told him why you bought this higher level study material. He was dumbfounded. He later got admitted in EEE in BUET. Philosophy, science, mathematics are other areas of his interest. He is also interested in history.

He has a great collection of books on wide ranging topics like psychology, biology , cosmology. His passion is reading books. He used to play guitar too. He was a web developer in Elance.com. Computer programming interested him greatly. He has few friends whom he passes his time with. He likes to stay alone most of the time. He has got a nickname "lonely" surprisingly.

Bertrand Russell seems to have greatly influenced him. He reads his books and consider him to be one of the most knowledgeable persons in the world. Russell's philosophy and mathematical ideas helped him develop a strong hold on science and relativity theory.