This is a list of farms in Cornwall. Cornwall is a ceremonial county and unitary authority area of England within the United Kingdom. 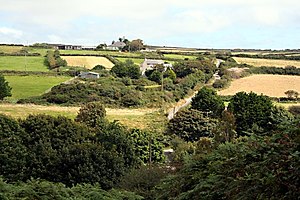 Looking over the Brea Valley to Carn Arthen 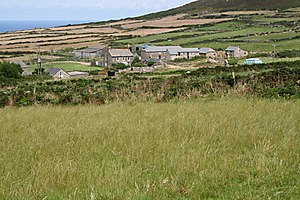