Lorette Charpy is a French artistic gymnast. She was born December 3, 2001 in Annonay. 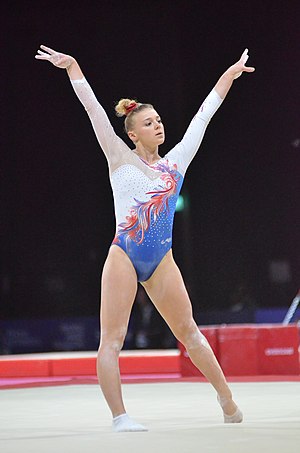 She began gymnastics at the age of 2, coached by her mother. Her sisters Séréna and Grâce are also gymnasts. After winning several regional competitions, she moved to Saint-Étienne to train with Julien Kernion. She won the bronze medal in the all-around at the French Championships in 2018. She was a member of the French team that won a silver medal at the 2018 European Championships in Glasgow.[1]