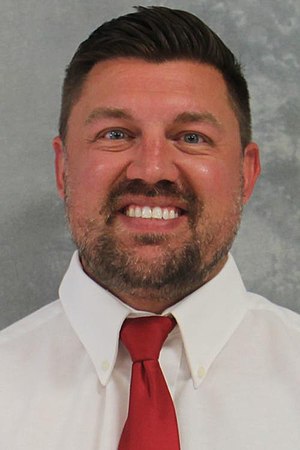 Luke Bengtson [1]is an American Football Coach and former player. He is currently the Offensive Coordinator at Millikin University in Decatur, Illinois.[1] Millikin University competes in the CCIW Conference. He has experience at both the Division II and Division III level as an offensive coordinator and special teams coordinator where his units ranked among the top in the conference in several statistical categories. He also has coaching experience in the Southeastern Conference and Big East at the Division I level. He was a part of the Arkansas Razorbacks staff in 2014 when they beat the University of Texas in the "Texas Bowl" in Houston. That team was loaded with NFL talent including Hunter Henry, Trey Flowers, Alex Collins and Brandon Allen.

He has won an Iowa High School state championship at Dowling Catholic as an assistant coach and has been a part of numerous championship teams and record setting offenses at their respective levels throughout college and high school football.

Bengston played high school football at Johnston Senior High School, located in Johnston Iowa, where he still holds several conference and school receiving records. He was recognized as the 2003-2004 All State Performer at Wide Receiver[8][9]. Bengston played wide receiver for Northwest Missouri State University where he was a member of the National Runner Up team in 2005. Bengston finished his career at St. Cloud State University where he played receiver from 2006-2007.

In 2018, Bengtson spent two weeks in late February with charitable organizations in South Africa, providing food, shoes, safe restrooms and access to clean water in rural villages. He and the mission group were tearing down unsafe facilities and then digging ditches to install Enviro Loos — a water less sanitation system that has nearly a 50-year lifespan.

Retrieved from "https://en.everybodywiki.com/index.php?title=Luke_Bengston&oldid=1711360"
Hidden categories:
This page was last edited on 11 May 2021, at 17:58.
This page has been accessed 760 times.
Content is available under License CC BY-SA 3.0 unless otherwise noted.
Privacy policy
About EverybodyWiki Bios & Wiki
Disclaimers