Search Mission Impizzable 2: Revenge of the Pizza Dough on Amazon.

Mission Impizzable 2: Revenge of the Pizza Dough is an upcoming Canadian action film produced and distributed by Nethersoft Productions. It is set to be the sequel to Mission Impizzable (2018) and the second film in the Pizzaverse. The film is directed by Carter Parsons, written by Merrick Williams, and stars Merrick Williams as Johnny Fedora, alongside Jarek Rousseau, Kyle Ogilvie, Matthew Priddle, Dane Bautise, Garth Williams, Ammie Parsons, Fionn Carson, and Carter Parsons. It follows Johnny Fedora as he meets his new partner John Buckingham. They have to find out who has being doing illegal pizza dealings all across the country.

Agent Johnny Fedora is on the trail of illegal pizza dealings. When he meets his new partner, John Buckingham, they butt heads constantly and need to get along so they can save the day.

A screen test for Mission Impizzable 2: Revenge of the Pizza Dough released on Feburary 3, 2019 on YouTube by Nethersoft Productions. The teaser shows off Johnny Fedora in his new outfit.

After the release of the first film, everyone who watched it demanded for a sequel to be made. This idea was put on the back burner however when Merrick signed on to direct Captain Kaboom alongside fellow friend and classmate Carter Parsons. Captain Kaboom began filming but was soon cancelled due to creative differences. Carter came to him in January with the idea to make a sequel and Merrick instantly greenlit the project and began writing the script.

At the beginning of January, as the film was entering pre-production, Merrick Williams began to write the script. Carter Parsons agreed to direct Mission Impizzable 2 and its sequels. On January 12, 2019, Jarek Rousseau joined the cast as John Buckingham. A few days later, Kyle Ogilvie and Matthew Priddle came aboard along with Garth Williams, Dane Bautiste and Fionn Carson. The script was complete by February of 2019. 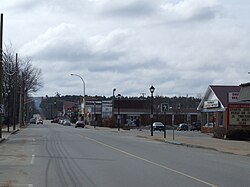 The set of the film in Berwick

Principal photography began on location in Berwick, Nova Scotia on February 8, 2019 under the working title Requiem,[1] with Carter Parsons serving as director of photography.[2][better source needed]

Mission Impizzable 2: Revenge of the Pizza Dough is scheduled to be released by Nethersoft Productions in Canada on July 10, 2019.

Mission Impizzable 3: Campania is set to release on April 3, 2020. Soon afterwards, Mission Impizzable 4: The Pizza Wars was announced to be releasing on June 7, 2021. Carter Parsons has agreed to return to direct both films.

Retrieved from "https://en.everybodywiki.com/index.php?title=Mission_Impizzable_2:_Revenge_of_the_Pizza_Dough&oldid=934041"
Category:
Hidden categories:
This page was last edited on 8 August 2020, at 22:51.
This page has been accessed 439 times.
Content is available under License CC BY-SA 3.0 unless otherwise noted.
Privacy policy
About EverybodyWiki Bios & Wiki
Disclaimers
Dark mode