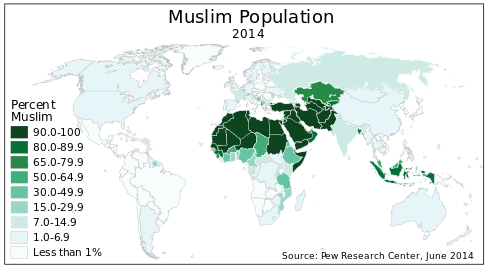 The legal status of pornography (above) and Muslim populations

Islam and pornography are not generally considered compatible by Islamic jurisprudence.

Pornography is directly opposed to the very heart of Islamic teachings, which is highlighted by Taqwa to gain a better self-control, the Sharia and the ethical principles prohibit looking at the private parts of another person.[1] This fundamentally applies equally to looking at private parts in pictures or films, it is so to increase spiritual awareness and taqwa and prepare the soul to accept Allah.[citation needed]

That opposition between this "porn-use" attitude with the "fitra" (reverence instinct toward Allah, that all humans have, whether they are aware of it or not), creates a state of tension that leads to the destruction of the soul, leading to sadness and depression, and loss of self-esteem. That is why, in Islam, pornography is seen as a fundamentally destructive force to eradicate from one's life and from society.[citation needed]

The Quran states: "Say to the believing men that they cast down their looks and guard their private parts; that is purer for them; surely Allah is Aware of what they do."[Quran 24:30]

Therefore, it is stated by Islamic scholars that one can only look lustfully at the nakedness or the body of someone who is one's spouse, and if a Muslim sees someone or something that arouses them, including pornography, they should avoid looking at it. Hence, the justification for declaring pornography haram in Islam.[2][3]

The Quran states "they are an apparel for you and you are an apparel for them[.]"[Quran 2:187] "This is interpreted to mean that the sexual unison between husband and wife is more than seeking a relief from the urge of desire. Indeed the prophet taught that it is one of the charities in Islam. He said to his companions, enumerating examples of charitable deeds: 'And when the one of you makes love (has sex) it is a rewardable charity.'"[4]

In Islamic economics it is completely forbidden to invest on certain industries that are considered morally dubious. Pornography industry is considered to be off-limits for investors.[5] 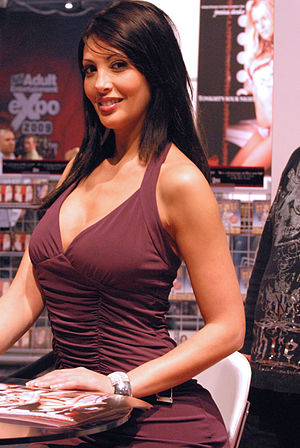 Yasmine Lafitte is a Moroccan-French former pornographic actress who was born in a Muslim family.
Further information: Internet pornography

While pornography is not tolerated in the Arab World, national responses for the internet pornography have varied. Saudi-Arabia, Kuwait and other Gulf states have strict filtering policies. After the Arab spring, Tunisia imposed filters for pornographic content, despite overall decrease in repressiveness of internet surveillance. Historically Egypt also had a lenient policy.[6][7][8] In contrast, Turkey has legalized pornography.[9]

It has been identified from Google search statistics, that around the month of Ramadan, there is a yearly drop of pornography searches from various Muslim majority countries.[12] 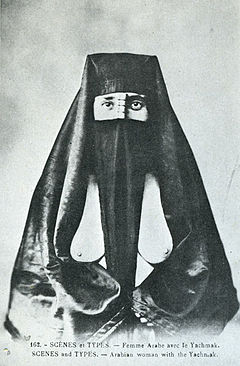 An Arab woman exposing her breasts, 1890s. Portrayals of hijabs have since become more commonplace in sexually explicit depictions.

Retrieved from "https://en.everybodywiki.com/index.php?title=Muslim_porn_stars&oldid=1731138"
Hidden categories:
This page was last edited on 19 May 2021, at 11:23.
This page has been accessed 903 times.
Content is available under License CC BY-SA 3.0 unless otherwise noted.
Privacy policy
About EverybodyWiki Bios & Wiki
Disclaimers