Patricia Ford Crass (born May 17, 1923  – is an American painter and illustrator, trained in figurative and portrait painting. She lives in Palo Alto, California and Carmel, California. She has shown her work in numerous local exhibitions.

Patricia Ford was born in San Francisco on May 17, 1923 to a notable economic and political family.[1][2] She is the second daughter of Marion Boisot and Monterey Peninsula real estate developer Byington Ford. Her paternal grandfather was the lawyer and politician Tirey L. Ford.[3] Her maternal gradfather was the banker Emile Kellogg Boisot.[3] Her birth was announced in The Argonaut.[4] She spent much of her youth in Carmel Valley and Pebble Beach, California.[5]

In 1944, Crass studied figurative and still life oil painting at the Art Institute of Chicago. She lived at the Three Arts Club of Chicago.[6] At the Institute in Chicago, she was influenced by the painters, Auguste Renoir and Edgar Degas.[7]

Working as an artist[edit]

In 1948, Patricia and Tommy launched “Pataud” that was the trade name for after-ski and cocktail skirts and sweaters. They sold for $40-$100 and had the local women knitting sweaters and sewing the skirts. They also developed hand painted Ski Postcards.[8]

In 1949, Patricia, and her sister Tommy, appeared as Chorus Liners in The Paisano newspaper at Robles Del Rio, California. She painted the mural decorations and the pretzel barrels.[9]

Pat and Tommy worked at the Telamir Productions of Monterey doing commercial art in 1950. Patricia worked on a new television series based on the wartime exploits of the Flying Tigers. The series was based on a Cosmopolitan magazine story by Larry Moore and starred Richard Denning.[10][11]

She married her second husband, Richard Reid Crass, on December 5, 1970, at the All Saints Chapel in Wilmington, Delaware, who was a successful executive vice president at DuPont.[15] 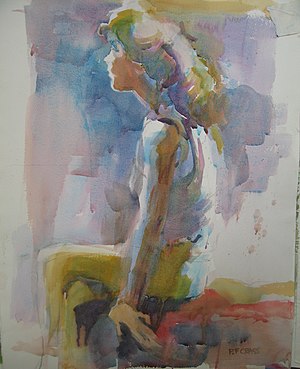 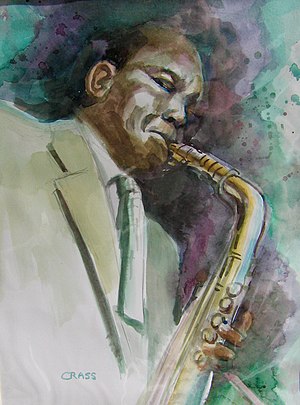 Patricia participated in many workshops. These workshops allowed Patricia to study on location with some of the finest watercolorists in the nation, including Charles Reid, Robert E. Wood, Jane Hofstetter, Ted Goerschner, Barbara Nechis, Dan Peterson, and Don Andrews. Patricia also studied with Jade Fon founder of the Watercolor Workshops at the Asilomar in Pacific Grove, California.[5]

Share
Retrieved from "https://en.everybodywiki.com/index.php?title=Patricia_Ford_Crass&oldid=942856"
Categories:
Hidden categories:
This page was last edited on 11 August 2020, at 01:43.
Content is available under License CC BY-SA 3.0 unless otherwise noted.
This page has been accessed 900 times.
Privacy policy
About EverybodyWiki Bios & Wiki
Disclaimers