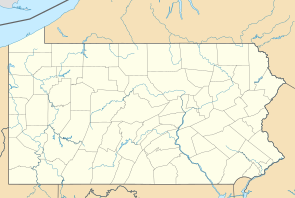 The Penn State–Temple football rivalry is an American college football rivalry game between the Nittany Lions of Pennsylvania State University and the Owls of Temple University.[1][2][3][4][5] The first game between the Nittany Lions and Owls was in 1931.[6] Penn State are the current holders after beating Temple 34–27 in 2016.[7] Penn State leads the series 40–4–1.[8]