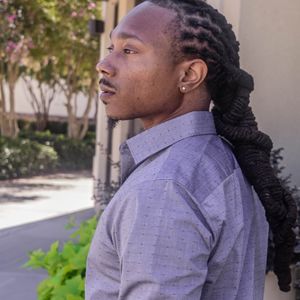 Quezzy The CEO is a motivational speaker, author and certified life coach. He speaks on various topics including relationships, business and self-development but is most known for his self love and positive thinking affirmations as well as his "Ask Quezzy" video series which has garnered him a large Facebook, Instagram and YouTube following.

Quezzy The CEO is now known as the "Positivity Ambassador".  After being released from federal prison on July 15th, 2018, he decided to use his past experiences to show people that everyone is capable of changing their life and becoming the person they were always meant to be. Quezzy's goal is to help people develop and maintain a positive outlook and attitude towards life and to remind people that no matter what you are going through there are people out there who are going through the same difficulties and hardships that you are. Quezzy believes that everyone has the power and ability to overcome their circumstances. After living a life of negativity for so long he now wants to walk in his purpose of helping people live the fulfilling and successful life they have always wanted to live.

Share
Retrieved from "https://en.everybodywiki.com/index.php?title=Quezzy_The_CEO&oldid=779717"
This page was last edited on 8 June 2020, at 06:05.
Content is available under License CC BY-SA 3.0 unless otherwise noted.
This page has been accessed 431 times.
Privacy policy
About EverybodyWiki Bios & Wiki
Disclaimers