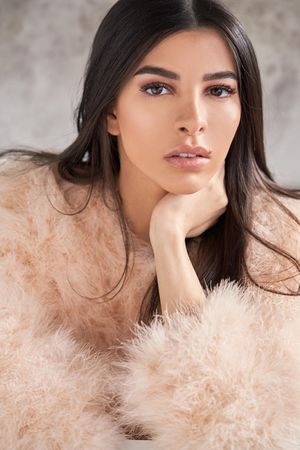 Symonds was born in Morocco and studied fashion designing from LaSalle College in Canada. She started her modeling career with a French photographer. In 2012, Symonds moved to Miami, USA and worked as a sales associate at Villazzo LLC, while also taking up modeling assignments. She moved to LA in 2015 to purse acting.[2] In 2018, Symonds attended the 20th annual AmFAR gala in New York City[3] and the New York City Ballet.[4] In November 2019, she appeared on the cover of Harper's Bazaar Serbia."Interview with SofiaSymonds".[5]

Retrieved from "https://en.everybodywiki.com/index.php?title=Sofia_Symonds&oldid=962179"
Categories:
Hidden categories:
This page was last edited on 17 August 2020, at 10:33.
This page has been accessed 5,033 times.
Content is available under License CC BY-SA 3.0 unless otherwise noted.
Privacy policy
About EverybodyWiki Bios & Wiki
Disclaimers
Dark mode