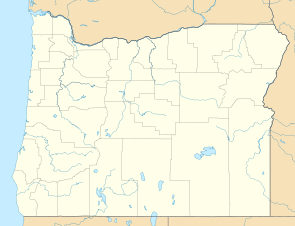 Beginning in 1927, the Western Oregon Wolves and the Southern Oregon Raiders have played 71 games against each other, more than any other opponent either school has faced. Due to the number of times the teams have met, some have chosen to refer to the game as the "little civil war".[1][dead link] This is in reference to the civil war game played between the state's two NCAA FBS schools, the University of Oregon and Oregon State University. However, the competition between the two squads is not nearly as heated as their division one counterparts, as Southern Oregon has not won since 1998 and holds a 26–44–1 all-time record against the Wolves. SOU has not defeated Western Oregon since WOU made the jump to NCAA Division II.[2][dead link]

You have to Sign in or create an account to comment this article !
Retrieved from "https://en.everybodywiki.com/index.php?title=Southern_Oregon–Western_Oregon_football_rivalry&oldid=962829"
Category:
Hidden categories:
This page was last edited on 17 August 2020, at 14:03.
This page has been accessed 43 times.
Content is available under License CC BY-SA 3.0 unless otherwise noted.
Privacy policy
About EverybodyWiki Bios & Wiki
Disclaimers
Mobile view