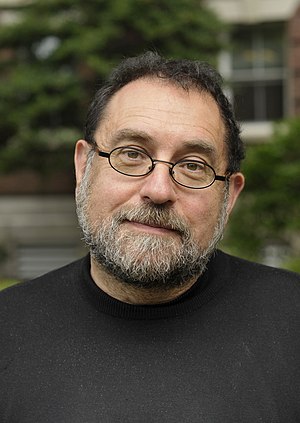 Steven J. Zipperstein is the Daniel E. Koshland Professor in Jewish Culture and History at Stanford University.[1] He has also taught at universities in Russia, Poland, France, and Israel; for six years, he taught at Oxford University. For sixteen years he was Director of the Taube Center for Jewish Studies at Stanford. He is the author and editor of eight books including The Jews of Odessa: A Cultural History (1986, winner of the Smilen Prize for the Outstanding book in Jewish history); Elusive Prophet: Ahad Ha’am and the Origins of Zionism (1993, winner of the National Jewish Book Award); Imagining Russian Jewry (1999); and Rosenfeld’s Lives: Fame, Oblivion, and the Furies of Writing (2008, shortlisted for the National Jewish Book Award in Biography, Autobiography and Memoir). His work has been translated into Russian, Hebrew, and French. Zipperstein latest book, Pogrom: Kishinev and the Tilt of History, was published by Liveright/WW Norton on March 27,2018.

He has been awarded the Leviant Prize of the Modern Language Association, the Judah Magnes Gold Medal of the American Friends of the Hebrew University, and the Koret Prize for Outstanding Contributions to the American Jewish community. He has held fellowships at the Radcliffe Institute at Harvard University, the Institute for Advanced Studies at the Hebrew University of Jerusalem, the Yitzhak Rabin Institute in Tel Aviv, and has twice been a Visiting Professor at the Ecole des Hautes Etudes Sciences Sociales. In spring 2014, he was the first Jacob Kronhill Scholar at the YIVO Institute for Jewish Research, in New York.

Zipperstein’s articles have appeared in The New York Times Sunday Book Review, the Washington Post, The New Republic, the Jewish Review of Books, Chronicle of Higher Education and elsewhere. He was editor of the journal Jewish Social Studies for twenty years, and the book series Stanford Studies in Jewish History and Culture for a quarter of a century. Together with Anita Shapira, he is series editor of the Yale University Press/Leon Black Foundation Jewish Lives series. Zipperstein is the immediate past Chair of the Academic Advisory Council of the Center for Jewish History, in New York and is currently Chair of the Stanford History Department's Graduate Studies Committee.