The Well (The Walking Dead)

Search The Well (The Walking Dead) on Amazon.

"The Well" is the second episode of the seventh season of the post-apocalyptic horror television series The Walking Dead, which aired on AMC on October 30, 2016. The episode was written by Matthew Negrete and directed by Greg Nicotero.

The episode focuses on Carol (Melissa McBride) and Morgan (Lennie James) finding refuge and being introduced to a new well-established community called The Kingdom. It marks the debut of King Ezekiel (Khary Payton), his pet Bengal tiger, Shiva, and his right hand man Jerry (Cooper Andrews).

Morgan (Lennie James) rescues Carol (Melissa McBride) from a Savior attack, though she has been shot multiple times and falls in and out of consciousness. Morgan takes her to "The Kingdom", another survivor community, though en route, she experiences visions of a female walker that is inside an abandoned house outside the community.

A few days later, Carol is fully conscious, though still weak, and is taken by Morgan to meet King Ezekiel (Khary Payton), the leader of the Kingdom, and his pet Bengal tiger, Shiva. Carol is taken aback by Ezekiel's over-the-top manner, but feigns approval of his hospitality and politely rejects his offer of fruit, stating that pomegranates are not worth the trouble. Later, Carol confides in Morgan that she desires to leave at the first opportunity.

As Carol recovers, Morgan is invited by Ezekiel on a secret mission with a small group to collect eight wild pigs, let them feed on walkers, and slaughter them as their current offering to the Saviors. At the arranged meeting, there is open hostility between the Saviors and Kingdom, but the Saviors accept the pigs and demand produce for their next offering or threaten to kill one of the Kingdom's men. Ezekiel, impressed with Morgan's performance in this mission, asks him to train one of his men, Benjamin (Logan Miller), in staff combat skills. While training, Benjamin reveals that Ezekiel continues to meet the Saviors' offerings as he does not believe the Kingdom can beat them.

Some time later, Carol attempts to collect some provisions from the Kingdom's stores before she leaves, but Ezekiel catches her. He tells her he knew she was feigning her approval but is curious about her strong survival abilities. Carol explains some of her past, leading Ezekiel to reveal his own "King" is an act; he was a former zookeeper and amateur actor, but took on the King persona to give his people someone to follow and know there is good in the world. Carol still wishes to leave and Ezekiel suggests that she can stay nearby in the abandoned house, so that she could "go and not go". Morgan escorts her to the house, and she clears it of the walker she had seen earlier. Later, she gets a visit from Ezekiel and Shiva; he offers her a pomegranate.

Beginning with this episode, Steven Yeun and Michael Cudlitz are removed from the opening credits, while Alanna Masterson, Josh McDermitt and Christian Serratos are added, having joined the series in the fourth season. 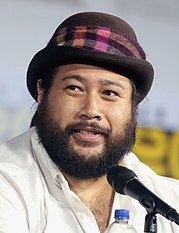 "The Well" received critical acclaim and is the best reviewed episode of the season. On Rotten Tomatoes, it holds a 97% with an average rating of 7.85 out of 10, based on 37 reviews. The site's consensus reads: "The Well" brings a welcome reprieve from the brutality of the season premiere, introducing a colorful new character and focusing on two of The Walking Dead's most fascinating regulars.[1]

Share
Retrieved from "https://en.everybodywiki.com/index.php?title=The_Well_(The_Walking_Dead)&oldid=1151241"
Categories:
Hidden categories:
This page was last edited on 1 December 2020, at 17:40.
Content is available under License CC BY-SA 3.0 unless otherwise noted.
This page has been accessed 613 times.
Privacy policy
About EverybodyWiki Bios & Wiki
Disclaimers