Zodiac Clothing Co. Ltd. (also known as ZODIAC), is an international clothing fashion company that manufactures and retails men’s apparel in India. [1] It is a listed public company, traded on the Bombay Stock Exchange [1], with its registered office in Mumbai, India.[1]

ZODIAC’s necktie business came into existence in 1954 when the Company’s founder Mr M. Y. Noorani’s initial fabric trading business attempt hit a roadblock. With fabric imports at his disposal and a major order cancellation, he thought of converting the fabrics to neckties.[2] The idea of converting the fabrics to neckties was well received by the stores across India. Eventually, ZODIAC developed into a brand for neckties in India and soon began exporting the same to European markets.[2] Even today in India, ZODIAC is synonymous with Ties. The brand was propelled by fabric quality, design & an advertising campaign known as the Zodiac Man Campaign.[3] 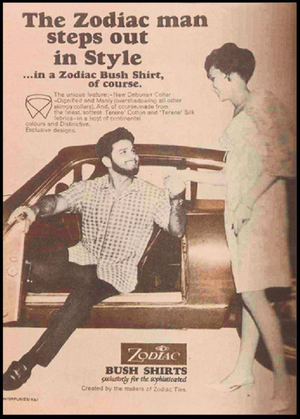 ZCCL’s Corporate Office Building received Gold LEED (Leadership in Energy and Environmental Design) Certification[8] in 2015 upon renovation. The renewed building design offered 60% savings on energy consumption. It was installed with several energy-efficient equipment such as a glass elevator with a V3F drive saving 50% energy from the conventional elevator and Pyramid-shaped rooftop skylight for achieving 90% light utilization.[7]

92% Of The Water Used For Manufacturing Is Recycled and fed to rain water harvesting tanks thereby creating a perennial loop to replenish groundwater.

Reduce the Carbon Footprint with custom-built heat exchangers extract heat from the effluents which is then used to raise the temperature of the water, fed to the boiler, thereby reducing the consumption of the boiler fuel and as a result, our carbon footprint.

A HIGG INDEX Rating That Is Among The Very Best In The Industry. All dyes & chemicals used are Low Salt High Exhaust (LSHE) genre.

A Zero Liquid Discharge (ZLD) Process is used with a 98.5% efficiency in water consumption. As per ZDHC guidelines, the rejected water from our plant is far better than even the treated water.

Zodiac has a rating of 62 on the HIGG’s Sustainability Index, which is reflective of the company’s sustainable clothing production.

Share
Retrieved from "https://en.everybodywiki.com/index.php?title=Zodiac_Clothing_Company_Limited&oldid=985125"
Hidden categories:
This page was last edited on 23 August 2020, at 11:01.
Content is available under License CC BY-SA 3.0 unless otherwise noted.
This page has been accessed 4,328 times.
Privacy policy
About EverybodyWiki Bios & Wiki
Disclaimers