Europan Regional Cup was the first ever tournament regional cup around the regions of Europe. The final was be played at the Aviva Stadium in Dublin,Ireland,Between Red Star and Real Madrid, the first final.Red Star won the match 1–0 to claim their first title of the cup

The schedule of the competition is as follows (all draws are held at the UEFA headquarters in Nyon, Switzerland, unless stated otherwise).[1]

10 teams were divided into 2 paths:path A and Path B. Path A Consisted of 4 teams,Path B Is Consisted of 6 teams.4 Teams are going through, but 4 bottom teams are transferred to Europan Conference Cup 2019-20.It held from 29 June - 12 August 2020.The finals of path a were held in Stožice Stadium, Ljubljana 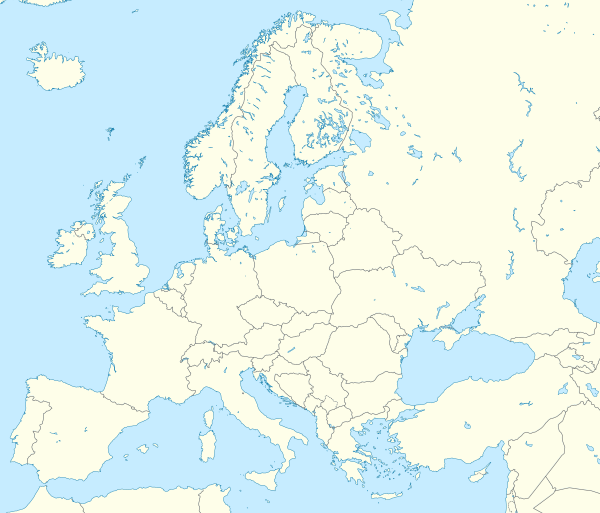 Astana
(not on map)

The draw of the group stage was held on 10 December 2019, at 18:00CST at the Monaco. the 16 teams were drawn into 4 groups of 4 teams, the teams that are from same association, cannot be drawn. For the draw, teams are divided into 4 pots based on following principles:

In the knockout phase, teams play against each other over two legs on a home-and-away basis, except for the one-match final.

Retrieved from "https://en.everybodywiki.com/index.php?title=2020_Europan_Regional_Cup&oldid=1747193"
Hidden categories:
This page was last edited on 29 May 2021, at 15:06.
This page has been accessed 139 times.
Content is available under License CC BY-SA 3.0 unless otherwise noted.
Privacy policy
About EverybodyWiki Bios & Wiki
Disclaimers