For other songs, see 4x4 (disambiguation).

Listen to the song 4x4 (song) or Buy it on amazon

"4x4" is a song by American recording artist Miley Cyrus featuring American rapper Nelly from Cyrus' fourth studio album Bangerz (2013). It was written and produced by Pharrell Williams, with additional songwriting provided by Cyrus and Nelly. The song is a country rap track that discusses having fun through the metaphor of a 4x4 truck. The song is sampled in British indie rock band Alt-J's 2014 single "Hunger of the Pine".[1]

"4x4" received generally favorable reviews from contemporary music critics, who appreciated its overall production and individuality compared to the other tracks included on Bangerz. Despite not having been released as a single, it peaked at number 41 on the U.S. Billboard Pop Digital Songs chart. Cyrus first performed the song during her episode of MTV Unplugged in January 2014, and has also performed it during her Bangerz Tour. In August 2014, Ubisoft revealed that the song will appear in Just Dance 2015.[2] Diane Martel also confirmed she would direct Miley's video for "4X4" later that summer in 2014, but such thing never happened.[3]

In 2012, Cyrus announced plans to focus on her film career, effectively putting her musical endeavors on hiatus. That year, she appeared in the films LOL and So Undercover. She was also confirmed as a primary voice actress in the feature film Hotel Transylvania, but dropped out of the project to coordinate a musical comeback.[4] In January 2013, Cyrus ended her recording contract with Hollywood Records, under which she released the studio albums Meet Miley Cyrus (2007), Breakout (2008), Can't Be Tamed (2010), and the extended play (EP) The Time of Our Lives (2009). Later that month, she signed a recording contract with RCA Records.[5] In March, she confirmed that her fourth studio album would be released by the end of 2013.[6] 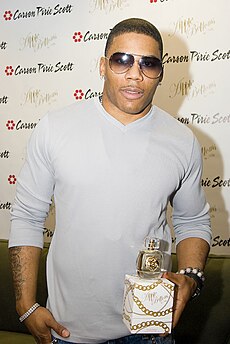 It was announced that Nelly would appear on Cyrus' album Bangerz (2013) when its track listing was confirmed on September 10.[7] Their collaboration, "4x4", was written by Cyrus, Nelly, and Pharrell Williams; it was produced by Williams and engineered by John Hanes. Andrew Coleman arranged, recorded, and edited the song with assistance from Todd Hurtt and Matthew Desrameaux; it was later mixed by Serban Ghenea.[8] Nelly commented that the track blends elements of pop, hip hop, and country music, and elaborated that "it's about having fun; kind of how a 4x4 truck symbolizes rebelliousness ... you know, mashing out, wanting to ride with the bad boys." He added that Cyrus "does a little rapping and a little singing" on the song, which he felt was a way in which she "expresses herself".[9]

"4x4" received generally favorable reviews from contemporary music critics. Writing for AllMusic, Heather Phares described the track as an "improbable but entertaining piece of country-rap", and distinguished it as a stand-out track from Bangerz.[10] Marah Eakin from The A.V. Club opined that its "progressive" production was similar to a "Scale-era Matthew Herbert", and commented that its lyrical content "[takes] the song in a silly Bonnie and Clyde direction".[11] Nick Catucci from Entertainment Weekly was complimentary towards the "winningly nutty Pharrell production",[12] while Kyle Fowle from Slant Magazine commented that Cyrus "explores ideas of femininity with a sinister, determined edge" by assuming the position of the "other woman" mentioned in "Before He Cheats" by Carrie Underwood.[13] Writing for PopMatters, Evan Sawdey described "4x4" as an "almost throwaway squaredance of a club song ... complete with some accordion work", and suggested that it was the most inventive track from the record because it was "absurd, ridiculous, and actually playful in a way in which these other Bangerz aren't."[14]

An episode of MTV Unplugged starring Cyrus premiered through MTV on January 29, 2014;[15] she performed an acoustic version of "4x4", among several additional tracks from Bangerz. The entire episode followed a theme inspired by country music; during "4x4" in particular, Cyrus was dressed in red-checkered outfit with a blonde wig, white hat, and light blue purse. She made several provocative gestures throughout the performance, and additionally twerked on performers dressed in a large horse costume.[16] Later that year, Cyrus performed the track during her ongoing Bangerz Tour.[17] The performance received positive reviews from critics. Blake Hannon praised Cyrus' vocals and commented that he loved "the knee-slapping, country-inspired 4X4."[18] Cyrus returned to perform the song during the musical festival on June 21, 2014, Summertime Ball at Wembley Stadium of London, in front of 80,000 people.[19]

Credits adapted from the liner notes of Bangerz.[8]

Share
Retrieved from "https://en.everybodywiki.com/index.php?title=4x4_(song)&oldid=1264973"
Categories:
Hidden categories:
This page was last edited on 20 January 2021, at 00:02.
Content is available under License CC BY-SA 3.0 unless otherwise noted.
This page has been accessed 412 times.
Privacy policy
About EverybodyWiki Bios & Wiki
Disclaimers