Aasim Mistry (born August 10, 1972) is an Indian Digital marketing content Analyser and entrepreneur. He is the founder of Netra Delphic, a web development services company. He is also been as the core team member of Bookurtable, PAQS and Saadruso Technology Ventures.

Aasim Mistry was born in Mumbai, India. He completed his primary education from Bethany High School, Bangalore. He went on to obtain a bachelor's degree in Information Science and Technology from BMS College of Engineering, Bangalore in year and Post Graduation in Digital Marketing from Northwestern University, Illinois, the USA.

Aasim showed an entrepreneurial bent of mind quite early on in his life. Around the age of 13, he started a local circulating library of comic books he owned, which attracted students from his school and neighborhood. The proceeds from the library were used to purchase more books to stock the library.

Art was another passion he nurtured. Hailing from a family of artists, he took a liking to sketching and drawing. With the advent of computers, he started creating images digitally. He even would create small HTML web pages where he would put up the digital images. This foray into technology would be his stepping stone for a career in digital marketing. 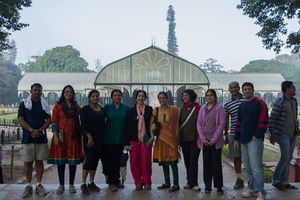 In 1994, Aasim joined Wipro as a marketing executive, marketing desktops, servers and networking solutions to SMEs and other corporate entities. His reporting manager, who had switched companies, introduced Aasim to the data communications industry. Aasim figured that it would serve as a logical step for career growth and joined Multitech India Pvt. Ltd. in 1995. He was posted in Delhi and his role involved building a channel partner network and handling corporate marketing.

With his brother having moved to the USA in 1997 Aasim's parents were alone. Hence, he wanted to get back to Bangalore. In 1997, he joined Microcom HR, who had recently begun their India operations at the time. His role involved training their team in the field. He was transferred to Bangalore in 1998. During the same year, Compaq had taken over Microcom.

Fearing that Microcom HR would lose identity and focus due to the takeover, Aasim left Microcom and started his own venture, Netra Delphic Pvt Ltd.in May 1999. It started as a Web hosting company then graduated to creating eCommerce websites, web applications, and cloud-based applications. Currently, the company focuses on Digital marketing.

He currently stays in Bangalore with his wife Maimoona and children Akbar and Aayat.

Share
Retrieved from "https://en.everybodywiki.com/index.php?title=AasimMistry&oldid=2124806"
Hidden categories:
This page was last edited on 30 October 2021, at 19:22.
Content is available under License CC BY-SA 3.0 unless otherwise noted.
This page has been accessed 1,011 times.
Privacy policy
About EverybodyWiki Bios & Wiki
Disclaimers