He is best known for his aggressive, rough rapping style and the single “Foreign,” which rose to #1 on the French Billboard charts.

Lawson was raised in Chicago, Illinois. While he was in high school, he played pitcher for his high school baseball team.[1] 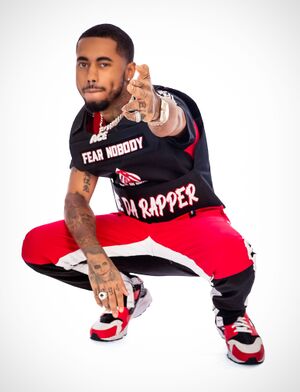 Ace released his first album, Tryy Me, on January 15, 2017.[2] He also released the song “Foreign” from this album as a single, which reached #1 on Billboard charts in France. Ace was one of the artists who performed at the IL Solo Artist Awards in February 2017.[3] As a model, Ace was featured in Gatorade and Nike’s 2017 Jumpman23 Brand Campaign.[4][5][6]

Ace released another single, “Shoota’s,” on October 12, 2018.[7] “Shoota’s” eventually became the #2 track on the charts for the state of Illinois. Ace was one of the performers at the 2018 and 2019 Bud Billiken Parade and Picnic.

In April 2021, Ace was announced as a featured artist for Dogg Nivla Records LLC’s magazine Hip-Hop XXL Brand Me! Magazine 2022.[11] 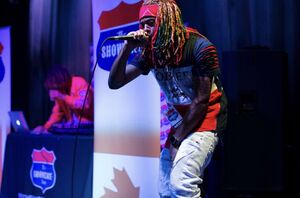 Ace is known for his distinctive colored dreadlocks and tattoos. He has a tattoo of the horror movie character Chucky on his left hand and the comic book character The Joker on his right hand.[13] Some of Ace’s musical influences are Chief Keef, Lil Wayne, and Chris Brown.[14]

Retrieved from "https://en.everybodywiki.com/index.php?title=Ace_Da_Rapper&oldid=1796641"
Hidden categories:
This page was last edited on 13 July 2021, at 02:18.
This page has been accessed 809 times.
Content is available under License CC BY-SA 3.0 unless otherwise noted.
Privacy policy
About EverybodyWiki Bios & Wiki
Disclaimers