Ahmad Ali was born in Mazandaran and Iran on August 6 1985. When he was born, his father, Ahmad, was shot dead Three months earlier in the Iran-Iraq war. And Ahmad Ali's life was very difficult and orphaned.

Ahmad Ali is a master of kung fu's metaphysical style with magic.He performs sword movements and foot and arm movements along with sorcery movements.Scientists around the world consider his movements in the martial arts to be metallurgical. 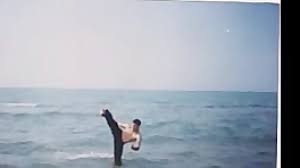 Retrieved from "https://en.everybodywiki.com/index.php?title=Ahmad_ali_molania_jelodar&oldid=544948"
Hidden categories:
This page was last edited on 9 October 2019, at 12:50.
This page has been accessed 295 times.
Content is available under License CC BY-SA 3.0 unless otherwise noted.
Privacy policy
About EverybodyWiki Bios & Wiki
Disclaimers
Mobile view