All Dogs Go To Kevin

All Dogs Go to Kevin: Everything Three Dogs Taught Me (That I Didn't Learn in Veterinarian School) is the memoir of Dr. Jessica Vogelsang, a veterinarian who worked in small animal care, and now practices in-home hospice care for dogs and cats.[1] Jessica wrote this book by telling her story of how she became a veterinarian and how three distinct dogs helped guide her through life. Published in 2015. 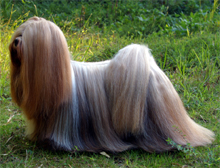 Photo of A Lhasa Apso

The memoir begins in Jessica’s early childhood and how she grew with her family dog Taffy, a Lhasa Apso, a dog known as a watch dog.[2] During middle school Jessica has a classmate, 'Mouth Breather Dan' who picked on her throughout the years. One moment during a dog walk where Jessica and Taffy had encountered Mouth Breather Dan, he was scared of Taffy and ended up falling down in front of them. Jessica realizes this moment is where she can truly rely on Taffy and they become best friends.

After this, the memoir jumps to the end of high school. Jessica graduates and goes off to medical school, due to her father’s influence. During her first year of medical school, Jessica walked in on a group of veterinary students working on a pig. They were implanting an artificial mitral valve. After witnessing this procedure Jessica decided she was going to apply for veterinarian school. By the time Jessica realized she wanted to be a veterinarian, she had missed the deadline to apply for vet school. She had to wait another year until next fall. During this year off Jessica was introduced to her future husband, Brian. Jessica was accepted into Davis School of Veterinary Medicine, ranked the #1 best Veterinary Medicine program in the United States.[3] During school the students were able to choose which type of rotation they wanted. Jessica did not know what she wanted to do with her career after graduation, so she decided to do her own style of rotation. When the time came for graduation she was on the move for a career. Jessica had three interviews and decided to spend her years working at a place called the CareClinic.

Photo of A Golden Retriever

During Jessica’s time at the CareClinic is when Emmet is introduced into her life. Emmet is a 2-year-old Golden Retriever, an exuberant Scottish gun dog[4] that Jessica had the pleasure of being her patient. Jessica adopted Emmet when his owner could no longer provide for him. She realizes he is exactly what she needed when she had her first baby. Jessica became depressed after her first child and had not realized it. Jessica had stated, “You can fool yourself, you can fool your friends and family, but you can’t fool a dog who knows only what he sees, and thank goodness for that."  In this moment Jessica had realized she needed Emmet more than he needed her and that was something she could not be more thankful for.  Jessica received helped from her doctor on her depression and returned back to work.

The memoir then jumps ahead a few years on Jessica's life. She now has a daughter Zoe and a son Zachary. She continues to work at the CareClinic and kept her patients simple to avoid the added stress with her mental health. Jessica begins to talk about death and paying attention to a pet in the memoir.  First, she talks about the death of a patient who was hit by a car and how the tragedy affected her. This leads up to Emmet and his final moments. Emmet was attacked by another dog and he need to have stitches done. She mentions that veterinarians will work on their pets. During his visit Jessica noticed a mass on his lymph node. The results come back, and Emmet had cancer. Jessica tried chemotherapy for Emmet but that did not work. She knew the time was coming and euthanizing. Emmet was an option she decided. Jessica did not want to bring Emmet to the clinic due to the stress it brought him, so she decided. to put him to sleep at home. She wanted him to be comfortable and not scared for his last moments. This is the turning point in Jessicas career. This final moment with Emmet was a “singularly comforting experience” [5] that Jessica decided to devote her work to doing at home hospice calls for patients. 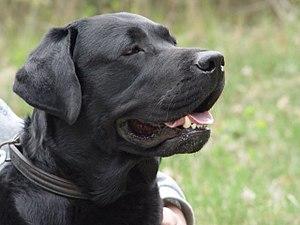 Photo of A Labrador Retriever

After Emmet left the family, Jessica convinced her husband, Brian, to drive to southern California to meet with a six-year-old black Labrador Retriever, America's most popular dog breed,[6] named Lucy. After getting to the rescue center they ended up meeting Kekoa. She was also a black Labrador Retriever, but Lucy was not defiantly not the most photogenic dog. Kekoa soon became a part of their family and made her self right at home, very quickly. Every time the family left the house for anything she would let out a loud whine and howl due to her separation anxiety. Jessica realized she needed to spend time with Kekoa and also let Kekoa know that when Jessica left the house that it was not going to be forever. Jessica continues to tell stories about her patients at the CareClinic while having Kekoa in the family. Introducing a man by the name of Mr. Mackles’s who would say anything to get a discount on veterinarian care. Introduced again in the book is Mouth Breather Dan. Someone who has come a long way from middle school. He was the owner to a patient at the CareClinic with a family. He did not recognize Jessica, but she recognized him. She noticed he is not the same, but that he is now a dad and a husband trying to make things right for his daughter. She mentions a chapter about her children and not being the ideal parent. She realizes that her and Kekoa are the same. They do not fit in with the “normal” crowd as Jessica mentions. Kekoa was not allowed on school property because of her size, while other dogs were. Jessica never got the memo at the PTA meetings about “healthy snacks” and that homemade valentines gifts out of match boxes was not an ideal gift. Jessica then talks about a longtime friend Kevin, who was mentioned earlier in the book. Kevin has done everything around the world and more. She talks about her husband Brian and Kevin’s love for comic con and how this always happens during her wedding anniversary. She makes this noted in the book because this was the last time her and Brian had seen Kevin before he became sick. Kevin had a severe case of ammonia and passed away. After his passing Jessica notices Kekoa’s foot one night. She was walking on it with light pressure and decided to get and x-ray of it. The x-ray confirmed she had cancer. Rather than putting Kekoa through medication and chemotherapy Jessica decided to make happy memories with Kekoa for the next few months. When the time came Jessica let her husband talk to the kids about where Kekoa would go. Her son Zachary responded with “She’s going to Kevin”. This phrase stuck with Jessica and she began to use the phrase “gone to Kevin” when an animal passed. Jessica stated she says this “as a euphemism for a pet dying, the idea of Kevin as a vague benevolent dog handler somewhere in the sky” After her son states that a Kekoa has gone to Kevin, she ends the book stating that Kevin is clearly keeping Kekoa busy and others in the sky.

You have to Sign in or create an account to comment this article !<comment-streams/>
Retrieved from "https://en.everybodywiki.com/index.php?title=All_Dogs_Go_To_Kevin&oldid=853836"
Categories:
Hidden categories:
This page was last edited on 16 July 2020, at 03:13.
This page has been accessed 182 times.
Content is available under License CC BY-SA 3.0 unless otherwise noted.
Privacy policy
About EverybodyWiki Bios & Wiki
Disclaimers
Mobile view