Anime (Japanese: アニメ) is a type of animation which is basically originated from Japan. Anime is known as animation outside of Japan but if an animated work produce directly from Japan, no matter what style it has, it'll referred as Anime.[1] If an animated work produce outside of Japan but it has anime style graphics, it'll referred as anime-influenced animation. 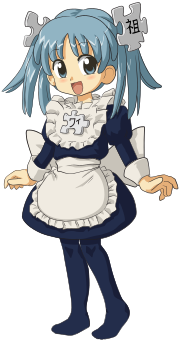 More than 400 Japanese studios started producing anime, some of them are Toei Animation, Studio Pierrot, Zero-G and many more. After 1980, anime became popular between international audience and started getting sub and dub, so that international audiences can understand it. On 2016, anime was accounted as 60% of world's animated series.[2]

Retrieved from "https://en.everybodywiki.com/index.php?title=Anime&oldid=2051043"
Categories:
Hidden category:
This page was last edited on 8 September 2021, at 13:57.
Content is available under License CC BY-SA 3.0 unless otherwise noted.
This page has been accessed 1,159 times.
Privacy policy
About EverybodyWiki Bios & Wiki
Disclaimers