Saleem was born 10 January 1988 in village Samoli Salempur in Meerut. His father, Mohd Imambaksh, a devout Muslim, who was a mason contractor in his own area. His mother, Noor Jahan, from Pillibhit City, an upper Mughal Pathan (Sunni) family, is a social worker and a housewife in the Family. She's almost 54 years old and now take cares of her family. Saleem Khan Anmol's family lives in Meerut City. Saleem Khan Anmol also called as 'Worldwide Saleem' among public interaction with his English language learners, students all over the world. Being a 'Worldwide Saleem', he's also a well- known English philosophical writer, public author and a social worker about human rights and social issues. Saleem Khan is also a Senior Excursion International Community Executive (SEICE) for foreigners who visit India every year. Saleem Khan is a volunteer for 'Love For Animals' (LFA). 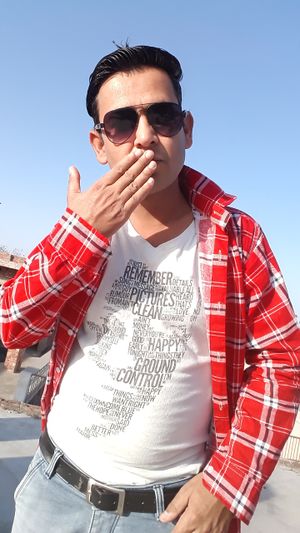 Bettyful Saleem Khan Anmol at a film festival in Mumbai

Born in a very poor place and family, Saleem Khan managed his own study from High school to Post graduate level earning every day doing misleneous hard jobs with his family members. Saleem did many hard jobs such as scrap loading to trucks, washing dirty linens in weekends, selling newspapers and children books aboard the trains, working as a waiter in juice parlors and cleaning used-utensils at restaurants for a small amount of money. Saleem Khan Anmol used to travel to his duty to daily route around 12 km from his home to his workplace. He was tired, hopeless, hungry and anxious to his poor life, worked a lot in the search of a prosperous future but found out many failures. In the prime age, Saleem Khan worked daily 12 hours labour as a paper scrap loader in Sugar Mills at Daurala for earning money and foods because at the main time he had no money, foods and any good denims to survive himself. It was very hard time when Saleem while loading scraps in trucks he found a little bit piece of glass article in his right eye because of this he soon lost his job and his owner soon discovered he's unable to be on work so he was terribly terminated from his work and was told to do another sitting job or stay home. It was very hard and annoying for Saleem to be rejected but he soon met a kind-hearted employer to ask for any work and again he settled in work by the grace of the kind-hearted white man at the harbor at Assam, India. 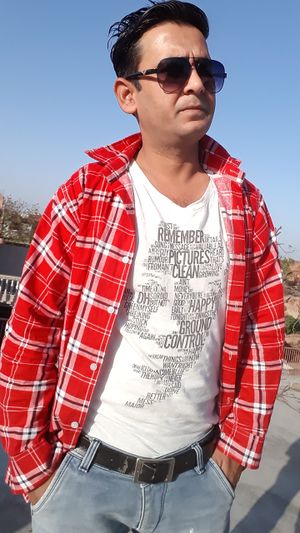 Bettyful Saleem at a film festival in Meerut

Saleem Khan Anmol, having passed his Intermediate examination from school Navjeevan Intermediate College, he took a four-year break from his studies. Saleem graduated to intermediate school in 2006 and passed his second grade in year 2009. Then he went to his college degree for bachelor's of Arts in year 2012 and passed his graduation 2015. He done his M.A English ( Hons.) in 2017 from CCSU, Meerut and again pursued his dual Master's with history in year 2019 So he does possess dual MASTERS' from CCSU.He's done his Master's in history and English literature from CCSU, Meerut. He currently holds two recognized Masters' (Hons.) in English and History. He also pursues his Job as an American, French Tourists guide In New Delhi as his English passion since 2009. He's much passionate about chasing his dreams and future plans. Saleem is a former Voice and American Accent Trainer, having an experience of 12 years working with British & American International BPOs and 13 years’ for training people on American English Grammar & Spoken English. He’s the author of Best preferred English learning blog called "Saleem Khan Anmol" on Google sites. He is also a social activist with reputed NGOs since 15 years. He did one and half year diploma in computer operating and functioning systems in New Delhi then for around three years he continued to be for his teaching classes at Howard's counsel at Meerut and New Delhi. He also went for Delhi university for his higher education degree as Tourism of India and pursued two years diploma in very subjects. In year 2016 completed his education and then looked a better job in government services sector and then finally he found a job but soon left on his own interest then he again received a letter from American Official Embassy and then he joined for a foreign American tourists guide at Incredible India in New Delhi. As his last year degree, he's also well intrested in law and aspiring his L.L.B and wish to do apprentice in Law of Legislation. Saleem Khan is an International English Blogger on Google Search Engine. He's very prominent online teacher on social media and internet sites.

Saleem Khan Anmol is an International English Blogger on Google Search Engine. He's very prominent online teacher on social media and internet sites. Saleem Khan is an online well- known American English Accent instructor with his 21 million friends, students all over the world. Saleem Khan is also a motivational speaker and writer about human nature and culture. He also had some auditions in Europe and won many accolades with grand prestige. Saleem Khan started his career as an online English Teacher in year 2014 with small amount of Asian students on Google and WhatsApp Group called "MyEnglishTeacher" and he gradually became an online icon on social sites. Saleem Khan is also a well- known American Tourists' Guide with its English Coaching label name as 'English Coach Saleem' among social interaction and foreign guests. He's popularly recognized as 'English Man Saleem' and 'Worldwide Saleem' from his Students all over the Globe. He has a vast variety of social names as sometimes people call him as Saleem Khan or Saleem Khan Anmol with gratitude around him. Now with a newfound confidence and self-belief, Saleem finally feels ready to carry his English language learners at the highest peak of advanced spoken English. Saleem Khan Anmol has a hobby for writing quote about his own life experiences those he always shares with his English learners and the people who come to his touch with interest as he says " In working the Spoken English it should be constant purpose, regardless of any immediate gain to develop the art of specific speaking English to the greatest possible degree of perfection so that this specific Speaking English as well as its writing contents may ever stand out as a model and, though their example, assist in keeping English speaking in our people at a high and honourable level. "

Saleem Khan Anmol is a too much good sense to be affronted at insults, he's too well employed to remember injuries and too indolent to bear malice. He's patient, forbearing and resigned, on philosophical principles. Called with the genuine warmth and generous sense of humor he is loved for , this is Saleem's incredible unbelievable untitled story. Saleem Khan Anmol's English talent and cherry spirit have earned him a place in the heart of the nation as well as worldwide audience, and today his sunny smile is a familiar and comforting presence in living rooms over the planet. But behind Google's search, Saleem Khan Anmol has endured unbelievable hardships and sadness. From a youth spent in a doomed search for love and friendship to a marriage lived in doubt and self-loathing to finding himself hopelessly unable to do anything and in the grip of hopelessness and depression, Saleem has been driven to the edge - but has come back fighting. 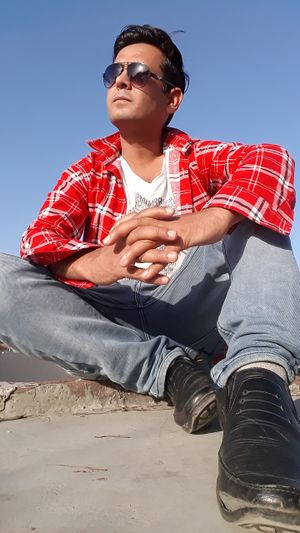 In August 4th 2016, Saleem khan Anmol was falsely framed of molesting and violating, his four years live-in relationship girlfriend Sonam Singh for attempting conspiracy and fabricating charges, with the help of her two senior advocates, to malice his social status and personal reputation. Without asking or giving any information from police, he was arrested at the same day from railway station and sent to judicial custody to Dashna Prison, Ghaziabad. After 14 days in hard-core prison he was released on bail he was charged under (IPC 354A), (IPC 506), (IPC 354D) & (IPC 504) now he's out on bail since judicial release 20th 2016. The Molesting case is still on trials in Ghaziabad Session Court. Mr DS Yadav, (a high-ranked prominent advocate in Session Court), Amit Chaudhary and Mahipal Singh Chaudhary are struggling legal fight for Saleem to regain his reputation and human right since 2016.

Retrieved from "https://en.everybodywiki.com/index.php?title=Bettyful_Saleem&oldid=837781"
Hidden categories:
This page was last edited on 6 July 2020, at 06:43.
This page has been accessed 93 times.
Content is available under License CC BY-SA 3.0 unless otherwise noted.
Privacy policy
About EverybodyWiki Bios & Wiki
Disclaimers
Mobile view