“Bloody Painter”, is a "fictional" serial killer character from the Creepypasta series. The character is featured as the protagonist of a three-part story created by artist DeluCat.[1]

Since his debut, the Bloody Painter’s growing influence has encouraged many related projects and stories to spawn.

On January 13th of 1994, a classmate of his fell from the school building and died. According to a witness account, Otis was the culprit behind the student’s death, but no lawsuits could be made due to the lack of concrete evidence. Later, on October 30th of the same year, Otis committed a massacre in his school dorm, resulting in 17 dead and 5 wounded.

Following the lawsuit, the jury’s verdict decided that Otis was not guilty by reasons of insanity, and was promptly sent to a psychiatric hospital for treatment and recovery. On March 10th, 2001, Otis was released from the hospital to reenter society, only to commit another series of murder in late 2003 before disappearing. 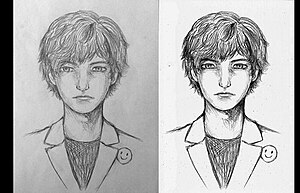 A portrait of Otis 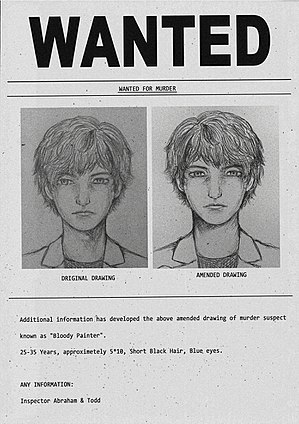 The wanted poster of Helen Otis.

Otis was born on October 1st, 1980. His childhood was spent under the pressure of parents’ high expectations and control; since the parents had hoped for a daughter and not a son, they decided to treat Otis like a girl by giving him a female name and dressing him up like a girl.

The treatment continued until he was six years old, when he started attending school, and the parents began dressing him up like a boy to avoid attention; due to this alteration, Otis’ emotional distress began building up.[2]

On the night of October 30th, 1994, Otis began a massacre in his dorm, killing 17 and wounding 5. The victims of the killing are all students from his class. Due to the large number of casualties, the police suspected the involvement of accomplices in the murder.[3]

Judy George, 24, went missing on October of 2003, and was found in Otis’ residence a month later, her corpse hung upside down. 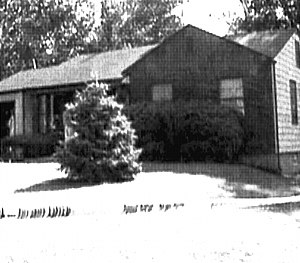 On October 31st, a security camera captures a footage of a masked figure killing a pedestrian, which was uploaded onto the internet. Weeks later, on November 17th, residents reported to the police about a strong, rotting smell from Otis’ residence that had persisted for several days.

Following an investigation on the house, the police discovered five corpses, all hung upside down with blood dried out. Next to the corpses were also numerous paintings and grotesque sculptures made with the corpses’ blood and body parts, respectively. Otis was also nowhere to be found in the house. Later, the police department confiscated all of the artworks, and restricted the house for further investigation. As of now, there are still no leads to Otis’ current whereabouts. [4]

Share
Retrieved from "https://en.everybodywiki.com/index.php?title=Bloody_Painter&oldid=865755"
Category:
Hidden categories:
This page was last edited on 18 July 2020, at 19:59.
Content is available under License CC BY-SA 3.0 unless otherwise noted.
This page has been accessed 4,440 times.
Privacy policy
About EverybodyWiki Bios & Wiki
Disclaimers