Brian Salle is an entrepreneur, who has an unbelievable amount experiences, from information technology, yacht management, restaurant franchisee, and even now owns his own cattle ranch. Brian currently resides in North Carolina with his wife Karen Salle. 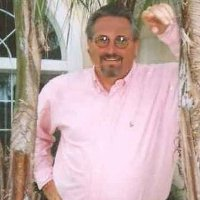 Born in Maryland and raised in post-WWII, young Mr. Salle learned the invaluable lessons of his depression-era Grandparents early on before attending the University of Maryland where he studied agronomy. Feeling stifled by the restrictions of academia, Mr. Salle then went on to apply his beloved Grandparent’s lessons of thrift tied to a committed work ethic throughout a wide-ranging and diverse professional life which began with his becoming the youngest manager (19) of a McDonalds franchise in the corporation’s history. The Maryland teenager then quickly went on to manage a string of over 14 franchises himself.

With his entrepreneurial spirit burning, the young, newly married Salle said goodbye to McDonalds and deftly pivoted his management experience into a US Defense Department contractor, coordinating event entertainment for United States NATO troops throughout the European theater. Upon his return to the States in 1988, he and his wife reinvested back into the franchise business, eventually operating 27 Subway franchises together.

Starting in the late 70’s at McDonalds, Brian Salle’s widely and wildly diverse career has seen him successfully venture into franchise management, event management, entertainment, real estate sales and management, information technology, cyber security, and most recently, cattle ranching and breeding. Starting in the 1988, he has partnered with his spouse, Karen, on many of these successes and takes great pride in both building their cattle breeding concern together, Highland Legacy Farms, a wholly owned family business situated on their own Blackpoint properties based in Linville, North Carolina.

Although currently comfortable in the role of gentleman rancher/cattle breeder as well as CEO of The Salle Group, Brian Salle remains excited and optimistic regarding the future of technology and believes that many exciting entrepreneurial opportunities are on the horizon for savvy investors.

Brian Salle has been happily married to his wife, Karen, for more than two decades and together they handle many of the hands-on, day-to-day operations of the 26-acre Highland Legacy Farms, along with their son, David, and their grandson. Mr. Salle remains a very active fundraiser for the Sea Shepard Conservation Society.

He is also dedicated to rising daily for his usual 6-am start, and trusts that the invaluable lessons of hard work and diligence bestowed upon him by his Grandparents will carry himself and his family forward into a prosperous future.

Retrieved from "https://en.everybodywiki.com/index.php?title=Brian_Salle&oldid=571988"
Categories:
Hidden categories:
This page was last edited on 20 November 2019, at 22:56.
This page has been accessed 911 times.
Content is available under License CC BY-SA 3.0 unless otherwise noted.
Privacy policy
About EverybodyWiki Bios & Wiki
Disclaimers