Bruce "Booboo" Vasta (born 1996) is an American civil engineer, comedian & producer. He is known for being known for one of the board members for the Cal Poly Civil Engineering Society and his various comedy performances / films.

He currently lives in the greater Los Angeles, CA area where he performs stand-up comedy, writes, and works as a civil engineer.

Vasta graduated in 2020 from California State Polytechnic University, Pomona, where he majored in Civil Engineering and was a part of various clubs including the American Society of Civil Engineers. He has worked at Cal Poly Pomona as a maintenance assistant and on a multitude of projects across campus. While in Pomona he wrote various productions and won an award for a short film he produced at the Campus Movie Festival. 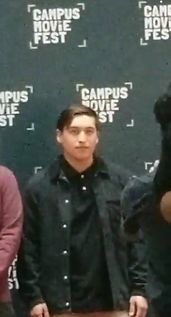 Mr. Vasta himself prior to winning an award at the Campus Movie Fest in 2018