Callum Blake is a British actor.

Blake was born in June 1994 in Hammersmith , London. At a young age , he moved to Norfolk where he attended the Norwich School ( a boys school in those days). Blake started acting as a child at the age of 10 in the role of Friedrich von Trapp in the award winning Norfolk Youth Music Theatre's production of The Sound of Music. He starred in many productions with various groups in Norfolk until the age of 16 when he successfully auditioned for the musical theatre course at Tring Park , School for Performing Arts.He,very quickly, switched to the drama course and continued his acting training ( 2013-2016) at the London Academy for Dramatic Arts ( LAMDA) graduating with honours.

Blake started his professional performing arts career as a singer with a solid baritone voice under tuition of David Barrell. At the age of 16 , he appeared in his own production "Poperatically Speaking" at the Edinburgh Fringe Festival achieving a 4 star credit , a recital style performance taking the audience from opera to popera genre.Whilst at LAMDA , Blake developed a passion for stage fighting and won various awards and distinctions in sword fighting with the sabre.

Blake made his acting debut as private Davis in Christopher Nolan's production of Dunkirk in 2017 along side Tom Hardy ,Mark Rylance and Kenneth Branagh. Dunkirk portrays the evacuation from three perspectives: land, sea, and air. It has little dialogue, as Nolan sought instead to create suspense from cinematography and music. This was followed by an appearance in Midsomer murder as the unfortunate violinist Jacob Wheeler in the episode " The Curse of the Ninth".

Blake's first major role came in 2017 as Carlo de Medici in series 2 of the acclaimed Netflix series Medici: Masters of Florence which was released in October 2018. This series was directed by John Cassar and Jan Maria Michelini starring Sean Bean , Daniel Sharman and Bradley James.Blake continued in his role as Carlo de Medici during 2018 in series 3 of the same series under direction of Christian Duguay and again along side Daniel Sharman and Bradley James.Season 3 of Medici: Lorenzo the Magnificent -part 2 is due for release in 2019. 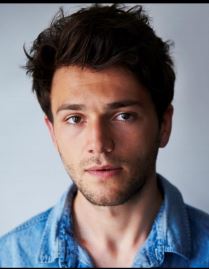 Share
Retrieved from "https://en.everybodywiki.com/index.php?title=Callum_Blake_(actor)&oldid=871059"
Hidden categories:
This page was last edited on 19 July 2020, at 17:16.
Content is available under License CC BY-SA 3.0 unless otherwise noted.
This page has been accessed 7,149 times.
Privacy policy
About EverybodyWiki Bios & Wiki
Disclaimers