Bishop initially attended State University of New York at New Paltz. After becoming frustrated with the lack of intellectual rigor there, he transferred to Bennington College, where he was a member of the first class of men to attend. He graduated in 1972 with a B.A. in German literature and a minor in music.[1]

While at Bennington, he was Associate Principal Contrabass in the Berkshire Symphony at Williams College and also studied jazz with avant-garde trumpet player and composer Bill Dixon. He also studied with John Coltrane's longtime bass player Jimmy Garrison and played in various rock bands at ski lodges all over Vermont.

Bishop's first professional gig was playing bass and singing with McKendree Spring, a folk/rock/political band that started in the late 60's.[2]

After graduating from Bennington, he auditioned for the band in December 1972 and joined the following month. The band had already recorded four albums at that point. 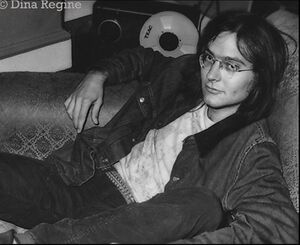 During various tours the band opened for such acts as The Eagles, Fleetwood Mac, ZZ Top, Linda Ronstadt, Uriah Heap, Billy Preston, Weather Report, Return to Forever, Blue Oyster Cult and Frank Zappa to name a few. Bishop found himself at age 22 recording his first album with the band - called Spring Suite - at Richard Branson’s Manor Studio outside of Oxford, England.[3] He continued touring and recorded two more albums with the band including one at Jimi Hendrix’s studio Electric Ladyland on West 8th Street in New York Get Me To The Country and the final one Too Young to Feel This Old at Bearsville in Woodstock, where Bob Dylan and the Band had recorded. The band reunited in 2013 and recorded a live performance in Nashville.[4]

After the band broke up in 1976, Bishop moved from Ithaca, NY to New York City. As a freelance bassist in New York, Bishop performed with numerous artists including Robert Palmer including Maybe It's Live, Darius Brubeck,[5] Marc Cohn, Chuck Berry, Elliott Randall and Bo Diddley among many others. Noteworthy gigs include two tours with Robert Palmer and a live album at the Dominion Theater in London, and a performance with Chuck Berry at the Meadowlands in front of 12,0000 with no rehearsal.

He was employed initially as a bass player, but then worked his way up the food chain to become an arranger, a composer and eventually a producer. Bishop had his first “real job” at age 40 working at a small jingle house run by Lee Shapiro,[6] the former musical director for the Four Seasons. He spent five years writing music for hundreds of TV and radio commercials on a Synclavier, which was the state of the art digital musical instrument at the time.

In 1994, Bishop taught himself to be a Web producer and left the jingle business. Using the skill set he had developed producing music for radio and TV commercials as a starting point, he read many books on coding and design and information architecture, took HTML classes and attended numerous user groups and events to figure out this new paradigm. After a few months, he hung out a shingle and was hired as a freelance producer by several seminal interactive agencies in the city including CKS Partners and Eagle River Interactive.[7] 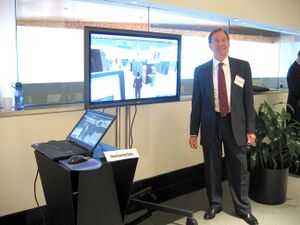 Bishop was hired by IBM in June 1998, joining their Corporate Internet Programs team as an Account Manager. He spent fifteen years at IBM, working in a variety of roles in various parts of the company. He was a leading proponent of virtual worlds including Second Life and presented the Virtual Green Data Center to the IBM Board of Directors at corporate headquarters in Armonk, NY in 2009. Bishop retired from IBM in June 2013. 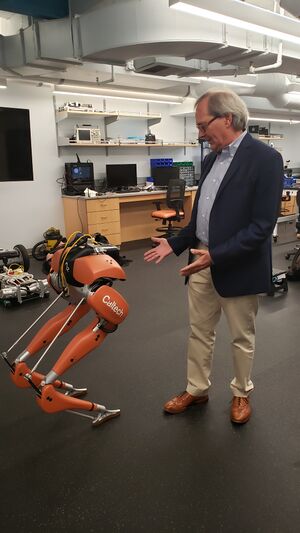 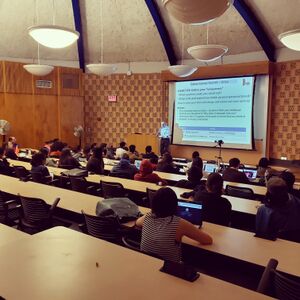 In 2011, the Rockefeller Foundation selected Bishop for a month-long Practitioner Residency at their Bellagio Center on Lake Como in northern Italy. He devoted his time there to developing leadership-focused workshop activities and laying out a book framework.

In addition, Bishop is a member of the Board of Directors of TEDxTimesSquare and shared a talk in April 2013.[8]

Chris has been conducting future career workshops called "How to Succeed at Jobs that Don't Exist Yet" in a range of settings including at Texas A&M, Queens College, NYU Stern, Duke, Union and Baruch College. 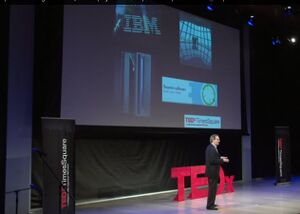 Retrieved from "https://en.everybodywiki.com/index.php?title=Christopher_Bishop_(musician)&oldid=1086038"
Categories:
Hidden categories:
This page was last edited on 4 November 2020, at 00:49.
This page has been accessed 1,185 times.
Content is available under License CC BY-SA 3.0 unless otherwise noted.
Privacy policy
About EverybodyWiki Bios & Wiki
Disclaimers