World renowned ocean conservationist Clément Perrette has participated in various meaningful philanthropic efforts, and continues to leverage his extensive professional experience to raise funds for his passionate cause. Driven by the desire to raise awareness of the vast atrocities being committed on a global scale, which amount to dwindling marine life populations, increased ocean pollution, and the poaching of various crucial species, Perrette devotes extensive efforts to gain surmountable change. 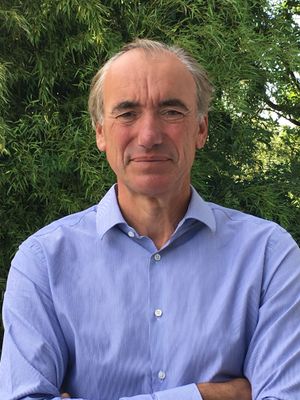 Perrette excelled within education throughout his formative years, and garnered his Bachelor’s Degree from académie Versailles in 1983. From there, Perrette earned a Civil Engineering degree, specializing in applied Mathematics and Computer Science in 1989. Perrette concluded his formal education by earning his Master of Finance degree from the highly coveted HEC Paris in 1990. As a highly qualified candidate post-matriculation, Perrette immediately garnered a coveted role at New York City’s Worms & Cie. After gaining valuable knowledge, Perrette went on to work for Deutsche Bank Paris, and Barclays Capital. Throughout these roles, he was responsible for developing a successful STRIPs program, and maintained the integrity of this program throughout Europe. Through his extensive work at Barclays, he leveraged his multitude of skills to raise the profile for the company as a worldwide leader in the realms of Franchise Rates House in STRIPs, EUR Long-End Government Bonds, and EUR Swaps.

Perrette successfully lead the program at Deutsche Bank Paris, leading the institution to reach the coveted status at the number one customer rated customer franchise from June of 2000 to June of 2002.

From 2002 to 2013, Perrette engaged in meaningful leadership roles with Barclays Capital London. Initially brought on as the Head of EUR Long End Rates trading, Perrette grew his position to Managing Director and Head of the all EUR Rates trading team . Perrette had a huge impact during his tenure, making Barclays Capital the number one franchise house for both STRIPS, EUR Government bonds, and EUR Swaps.

After multiple decades within the sector, Perrette pivoted his trajectory, and entered the realm of asset management via RAM Active Investments. Within the company, Perrette serves as a Senior Portfolio Manager, and Managing Director, parlaying his skills to create continued financial growth for the company on a long-term basis.

As a co-producer on 2018’s release of “Call Of The Blue”, Perrette worked collaboratively with over fifty scientists, and biologists, developing informational content for the moving book. Combined with the beauty of over three hundred photographs, showcasing the life beyond the darkest depths of the ocean, “Call Of The Blue” aimed to educate the general public, and inspire actionable changes that will positively impact the ocean conservation movement. Working alongside ocean photographer and philanthropist Philip Hamilton, Perrette’s endeavor has been well received, and there is now consideration for a second edition.

Notably, Perrette has also collaborated with Philip Hamilton, and a team of devoted individuals, to work as an Executive Producer on the film “Ocean Souls”. Aimed at exploring the intellectual capacities of whales and dolphins, the film delves into the ways in which the fascinating creatures interact in a complex manner, and develop social attributes similar to humankind. By drawing this parallel in an aesthetically beautiful manner, the team behind “Ocean Souls” aims to increase educational efforts, develop a sense of empathy for these “mysterious” creatures, and propel action to stop the poaching of whales, and dolphins alike.

Working with Uproar Global Media, a digital media company aimed at creating engaging media content to propel actionable effects via online sharing, Perrette is now involved in becoming a non-executive Board Member for the company. Uproar Global Media, which partners with their non-profit sister company, The Uproar Fund, works to bridge the gap between modern digital media, and conservation success.

Throughout his philanthropic efforts, Perrette calls upon his vast network of professional resources, and parlays previously perfected skills, gained over twenty five plus years of leadership within the finance sector. Armed with a Master of Finance degree from the prestigious HEC Paris, Perrette’s early work included the notably successful implementation of STRIPs throughout Europe. With extensive leadership experience within multiple global companies, including Worms & Cie, Deutsche Bank Paris, and Barclays Paris, Perrette has amassed vast experience within the financial sector.

Retrieved from "https://en.everybodywiki.com/index.php?title=Clement_Perrette&oldid=533802"
Hidden categories:
This page was last edited on 19 September 2019, at 18:51.
This page has been accessed 2,509 times.
Content is available under License CC BY-SA 3.0 unless otherwise noted.
Privacy policy
About EverybodyWiki Bios & Wiki
Disclaimers
Mobile view