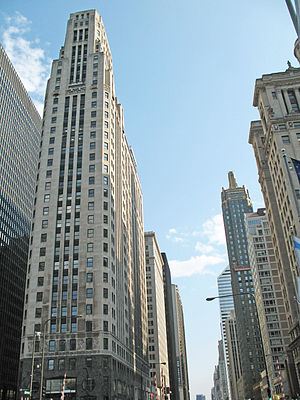 333 North Michigan, the location of the consulate

In 2020, Consulate General of Pakistan, Chicago is listed with full address on the City of Chicago's Office Of The Mayor website, along with all the other consulates in the city from other nations of the world.[6]

In 2015, on the occasion of special events like the Independence Day (Pakistan), the Consulate General of Pakistan, Chicago organized a large event at Daley Plaza, Chicago to celebrate it with over 500 people attending this event.[1]

Share
Retrieved from "https://en.everybodywiki.com/index.php?title=Consulate-General_of_Pakistan,_Chicago&oldid=876644"
Categories:
Hidden categories:
This page was last edited on 21 July 2020, at 01:39.
This page has been accessed 468 times.
Content is available under License CC BY-SA 3.0 unless otherwise noted.
Privacy policy
About EverybodyWiki Bios & Wiki
Disclaimers
Dark mode