From EverybodyWiki Bios & Wiki
Jump to:navigation, search
Not to be confused with DC Black Label.

DC Black is a proposed series of films based on characters appearing in American comic books published by DC Comics, produced by DC Films and distributed by Warner Bros. Pictures. Unlike the DC-based DC Extended Universe (DCEU) franchise, DC Black films will not take place in a shared universe, allowing for smaller budgets and darker, more experimental stories similar to the comic imprint Elseworlds. The series began with the release of Joker in 2019.

Prior to the DCEU, Warner Bros.' DC Comics-based films were standalone stories with no indication they took place in a shared universe. After the success of the Marvel Cinematic Universe (MCU), Warner Bros. attempted to build a competing franchise with the DCEU, but failed to replicate the MCU. Todd Phillips proposed DC Black in 2016 so Warner Bros. could differentiate its film slate from the MCU's and attract well-known filmmakers to DC properties. A film based on the Joker, a Batman adversary, was in development by August 2017 as the first project released under the label.

Before the 2010s, most of Warner Bros. Pictures' films based on characters appearing in DC Comics publications were standalone stories with no indication they took place in a shared universe like the DC Universe from the comics. For example, Christopher Nolan, who directed and wrote the Batman-based Dark Knight Trilogy (2005–2012), did not believe other DC characters existed in the universe of his films.[1] Some attempts Warner Bros. made to establish a shared universe encompassing DC properties, such as a crossover featuring Batman and Superman in 2002, a Justice League film between 2007 and 2008, and Green Lantern in 2011, failed to come to fruition.[2][3][4] After the Marvel Cinematic Universe (MCU), a shared universe comprising Marvel Comics properties, became a critical and financial success,[5][6] Warner Bros. decided to use the Superman-based Man of Steel (2013)—which director Zack Snyder intended to be the first in a five-film series about the Justice League[7]—to launch a DC film franchise.[8][9][10] Thus, Snyder reworked his plan to accommodate spin-off films featuring characters like Wonder Woman and Aquaman. This new franchise became known as the DC Extended Universe (DCEU).[7]

The DCEU films faced uneven reception and did not perform as well as MCU films. Man of Steel, while commercially successful, received criticism for its depiction of Superman, and the 2016 DCEU films Batman v Superman: Dawn of Justice and Suicide Squad attracted further negativity. Batman v Superman also underperformed in comparison to the rival MCU film Captain America: Civil War, which earned over $1 billion at the global box office.[5] In response to the criticism, Warner Bros. established DC Films to oversee development of the productions,[11] with DC chief creative officer Geoff Johns and Warner Bros. executive vice president Jon Berg as its heads.[12] In 2017, Warner Bros. released Wonder Woman. Although set within the DCEU, Wonder Woman largely ignored other films in the franchise, whereas previous ones had been criticized for spending too much time in world-building. Wonder Woman became a critical and financial success,[5] but Justice League, a team-up film released later in the year, underperformed.[13] 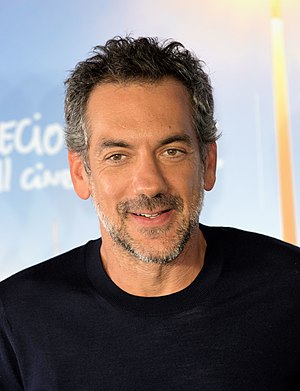 Todd Phillips (pictured in 2016) came up with the idea for DC Black and directed Joker (2019), the first film of the label.

The idea for DC Black came from Todd Phillips, who pitched it alongside a standalone film based on the Joker to Warner Bros. after the premiere of his film War Dogs (2016). His idea was to differentiate DC Films' slate from the MCU's by producing low-budget, standalone films.[14] "I said, 'Let Joker be the first, then let's get fucking great filmmakers to come in,'" Phillips recalled. "Instead of trying to live in the shadow of [Marvel], let's do something they can't."[15] These films, which would be released occasionally, were envisioned as "[t]otal stand-alones based on good ideas from big-name filmmakers. Movies that are just movies, not components of a larger piece of clockwork."[5] According to Phillips, Warner Bros. executives told him: "Calm down with the label — how about you do one movie?"[16]

The success of Wonder Woman led to a rethinking of the DCEU and the concept of a shared universe. Warner Bros. and DC Films decided to deemphasize the DCEU's shared nature, with DC Entertainment president Diane Nelson stating, "Our intention, certainly, moving forward is using the continuity to help make sure nothing is diverging in a way that doesn't make sense, but there's no insistence upon an overall story line or interconnectivity in that universe... Moving forward, you'll see the DC movie universe being a universe, but one that comes from the heart of the filmmaker who's creating them." As part of this rethought strategy, Warner Bros. and DC Films decided to set up the line of standalone films. By August 2017, Warner Bros. had Joker in development, to be directed and co-written by Phillips.[5][17]

Work on the DC Black films was confirmed in a September 2017 Vulture with Nelson and Johns, with Johns stating the label's title would be revealed in the near future.[5] After Walter Hamada became head of DC Films in 2018, he sorted through the various DC films in development, canceling some while advancing work on others. At this time, the Joker film was on track to begin production later in 2018 with a small budget, and the label's name was believed to be either "DC Dark" or "DC Black".[18] Screen Rant's Sandy Schaefer compared the potential series to Elseworlds, an imprint DC uses to denote standalone comics with darker, more experimental stories. Schaefer also believed the series could also be used to produce films focused on DC villains, and felt that the Lobo film in development could potentially be branded under the label.[19] The DC Black name was confirmed in a 2019 interview with Phillips in Empire magazine.[14]

In August 2017, Warner Bros. announced a standalone film based on the Joker, an adversary of Batman, was in development, with Todd Phillips directing and co-writing with Scott Silver, and Martin Scorsese co-producing with Phillips.[17] The film was officially green-lit after Joaquin Phoenix signed on to star as the Joker in July 2018.[24] Filming took place from September to December 2018,[23] in New York City, Jersey City, and Newark.[25][26] Joker was released in the United States on October 4, 2019.[23]

Joker is heavily influenced by the works of Scorsese, such as Taxi Driver (1976), Raging Bull (1981), and The King of Comedy (1983).[17] Robert De Niro, who portrays a talk show host, said in an interview his Joker role is loosely connected to Rupert Pupkin, the main character of The King of Comedy.[27] While some story elements were drawn from Alan Moore and Brian Bolland's graphic novel Batman: The Killing Joke (1988),[23] Phillips said the film otherwise "[doesn't] follow anything" from the comics.[28] Because the film is intended to be a standalone story, there are no planned sequels.[29]

For more details on the reception of each film, see the "Reception" section on each film's article.

Each film is linked to the "Box office" section of its article.

Each film is linked to the "Critical response" section of its article.

By March 2018, a film based on the New Gods was in development, with Ava DuVernay signed on as director. Kario Salem was hired as screenwriter after working on a story treatment with DuVernay.[34][35] In May 2019, Tom King, who wrote the acclaimed New Gods comic Mister Miracle (2017–2018), was hired to help DuVernay write the script.[36]

In April 2018, Warner Bros. announced that Steven Spielberg will direct a film based on Blackhawk, with David Koepp writing the script. Spielberg will also serve as producer alongside Kristie Macosko Krieger. Production is expected to begin after Spielberg completes work on the fifth Indiana Jones film (2022).[37]

Although Joker is intended to have no sequels due its stand-alone nature,[29] Todd Phillips said in August 2019 that he would be interested in making a sequel, depending on the film's performance and if Joaquin Phoenix is interested.[38] Phillips later clarified that "the movie's not set up to [have] a sequel. We always pitched it as one movie, and that's it",[39] but hinted at the possibility of someone else making a new version of the film.[40]

This article "DC Black" is from Wikipedia. The list of its authors can be seen in its historical and/or the page Edithistory:DC Black. Articles copied from Draft Namespace on Wikipedia could be seen on the Draft Namespace of Wikipedia and not main one.

Retrieved from "https://en.everybodywiki.com/index.php?title=DC_Black&oldid=1078730"
Categories:
Hidden categories:
This page was last edited on 1 November 2020, at 16:32.
This page has been accessed 8,476 times.
Content is available under License CC BY-SA 3.0 unless otherwise noted.
Privacy policy
About EverybodyWiki Bios & Wiki
Disclaimers