Edenilso Rossi Arnaldi is a Brazilian businessman, founder and president of the current Sial Engenharia. He was born on July 27, 1962, in the District of Sumaré, a neighborhood in a municipality far north of the State of Paraná, which goes by the name of Paranavaí.

Still very young, at 17 years of age, Arnaldi moved to the city of Maringá, located just below his hometown, just over 70 kilometers away from Paranavai. The entrepreneur's idea, with the change, was to work and continue his studies, seeking higher education. 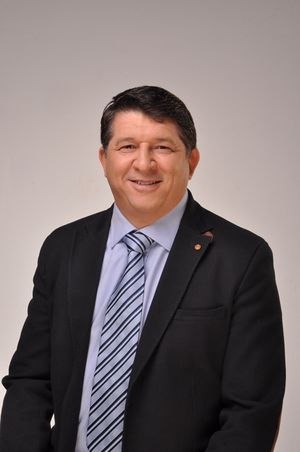 Despite the fact that Edenilso Rossi Arnaldi's professional career started as a clerk at Banco Bradesco, as soon as he moved to Maringá, civil construction has always been one of his strongest and main interests in relation to preferences in the professional field. It was in the 1990s, in fact, that he bought a small construction company that gave rise to his first development, Residencial Mares do Sul in Maringá, Sial Construções Civis, today Sial Engenharia.

Still during the 90s, however, Arnaldi expanded his business, and moved again - now to Cascavel, a city in Paraná far below Paranavaí and Maringá (about 315 kilometers away from the first and 280 from the second).

In 2000, the businessman was elected president of the Civil Construction Industry Union West of Paraná (Sinduscon-Oeste / PR), for the 2000/2001 biennium - the entity brings together the four units of the State Sinduscon. “It was a great experience, at that time I was able to experience and address the most diverse demands in the sector,” he said.

Edenilso Rossi Arnaldi's company, Sial, at the same turn of the century, became part of the list of large companies in the construction sector - acting not only in the execution of important works in Paraná, but also in other Brazilian states, such as Santa Catarina, São Paulo and Rio de Janeiro.

In the following years, in 2003 and 2004, Arnaldi chaired the State Chamber of Civil Construction, an entity based in the capital of Paraná, Curitiba. It was also in 2004 that Edenilso Rossi Arnaldi started his activities as a farmer, through the cultivation of soy and corn. “The life and mission of the farmer is fascinating. As a native of Paraná, I couldn't help but enter this fantastic production chain in the State ”, he pointed out about joining the new area.

In the following years, Edenilso Rossi Arnaldi, with his unique view of the real estate market, started the expansion of the business group, with the creation of Laguardia Empreendimentos, a company dedicated to the construction and real estate development; Massapê Construções, focused on small and medium-sized public works. In 2019, Imobiliária Rossi came to consolidate and assist in the sale of its own properties and also third-party businesses and, finally, Urban Capital, a startup in the equity crowdfunding segment, aiming to bring modernity to the group.

The founder of Sial was State Treasurer of the Social Democratic Party (PSD) in Paraná, in 2012 and 2013. In the 2018 elections, he was a candidate for Federal Deputy of the State of Paraná, by the National Mobilization Party (PMN), obtaining of almost 35 thousand votes, remaining in the substitution of the federal chamber.

Edenilso Rossi Arnaldi is a member of one of Sumaré's pioneer families. Son of a truck driver father, Eduardo José Arnaldi, and teacher mother, Adélia Rossi Arnaldi (both already deceased), Edenilso is grandson of Seu Domingos, also deceased, as he was called in Vila) - Seu Domingos was the creator of the first market and first ice cream parlor in the region.

Edenilso Rossi Arnaldi has four brothers - Edina, Edson, Élcio and Ernades - and has been married for 31 years to Fabiola Guimarães Arnaldi. The couple, who have three children - Pedro Henrique, Afonso and Maria Eduarda - also met when the businessman worked at Banco Bradesco.

Share
Retrieved from "https://en.everybodywiki.com/index.php?title=Edenilso_Rossi_Arnaldi&oldid=2126088"
Hidden categories:
This page was last edited on 30 October 2021, at 22:44.
Content is available under License CC BY-SA 3.0 unless otherwise noted.
This page has been accessed 3,150 times.
Privacy policy
About EverybodyWiki Bios & Wiki
Disclaimers