Ergun Berksoy (born 17 June, 1943) is a Caymanian and Turkish business entrepreneur. He is the founder and owner of Seven Mile Investment Co. Ltd. in Grand Cayman; partner in Cayman Crystal Caves, Grand Cayman; and the owner of 5-star hotel chain Cesars in Antalya, Turkey. 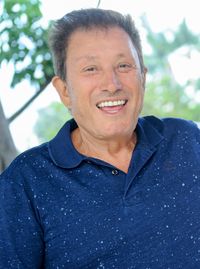 Throughout his career, Ergun Berksoy worked across a wide range of industries, including but not limited to Tourism, Hospitality, Real-Estate, Trade, Air Force and Sports. He made significant contributions to the industries he has worked in: in the 70's he revolutionised the logistics of food export in Turkey; in the 80's he empowered Turkish migrants in Germany by leading to their success in sports; in the 90's he instigated air travel between Israel and Turkey, which led to a nationwide boom in tourism. In that era, he also established three 5-star hotels in Turkey, Cesars Hotels, which are one of the first and longest lasting hotels in the region. With 5,000 guest capacity and an annual revenue of $30 million, Cesars Hotels are listed every year in the top 20 of the Annual Institutional Taxpayers List of Antalya.

Ergun Berksoy was born in 1943 in Ankara, Turkey. His father was Ahmet Sevki Berksoy and his mother was Feriha Berksoy.

1951 - 1955: He graduated from Barbaros Primary School at the district of Yenimahalle, Ankara.

1964 - 1970: He completed his Undergraduate Degree in the Department of Financial Specialization at Academy of Economical & Commercial Sciences Faculty, Ankara.

1964 - 1976: He worked in the planning department of Karamürsel U.S. Air Force Base, Turkey and got promoted to the Planning and Real-Estate Manager position in Boeing and Tumpane. He was in charge of the maintenance and repair work of facilities with 5,000 U.S. Air Force staff and enlisted officers.

1976 - 1987: Ergun Berksoy exported various food products from Turkey. He was the pioneer in exporting from Turkey wheat flour in cotton bags; sunflower oil in round tins; apples in cardboard boxes which varied according to the individual size of different types of apple; and yeast. In five consecutive years he received golden medal from the Ministry of Trade in Turkey for reaching $150 million in yearly export revenue.

1980 - 1991: He became the Chairman of Türkgücü München football club. Türkgücü München is a German association football club from the city of Munich, Bavaria. Originally, the football team played in the lowest tiers of Munich amateur football, but under Ergun Berksoy's leadership the club advanced to Bayernliga in 1988. The club gained tremendous success in the German-Turkish community and began to aim even for professional football. [1] Bundesliga volleyball at Türkgücü München also excelled in this era. In 1988 women volleyball team took third place in the 1st Bundesliga with the national players Danuta Niemietz , Nina Sawatzki and Michaela Luckner. [2] 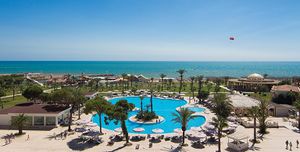 1981 - 1995: Ergun Berksoy became Vice President of Gençlerbirliği Spor Kulübü, which is a Turkish sports club based in Ankara. With Ergun Berksoy's sponsorship Gençlerbirliği excelled from the 2nd division to 1st division. Domestically, the club have won the Turkish Cup twice, in 1987 and 2001. They have also won the former Turkish Football Championship twice and the regional Ankara Football League a record nine times.[3]

1991: Ergun Berksoy made a proposition to open the first Turkish Embassy in Tel Aviv to Tugay Özçeri, who was the Undersecratery of Ministry of Foreign Affairs in Turkey at the time. As Turkey was undergoing a hotel construction boom and there weren't enough tourists, upon opening the first Turkish embassy in Tel Aviv, Israelis would be able to travel freely to Turkey and boost tourism. Tugay Özçeri agreed with the proposition and opened the first Turkish Embassy in Tel Aviv. Toros Airways (also known as Torosair) started operating flights between Tel Aviv and Antalya, leading to an influx of Israeli tourists. In the aftermath, Turkish Airlines and El Al Israel Airlines operated flights between Tel Aviv and other cities in Turkey, such as Istanbul and Izmir. Ergun Berksoy and Tugay Özçeri were the pioneers in establishing air travel between Israel and Turkey, which successfully resulted in a national tourism boom.

1997: Ergun Berksoy was voted "Entrepreneur of the Year" by Dünya Newspaper. [13] 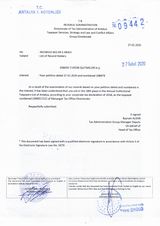 2003: Ergun Berksoy relocated to the Cayman Islands and founded Seven Mile Beach Investments Ltd. Co. to invest in the property market and to become a partner in Cayman Crystal Caves, Grand Cayman.[14]

2017: Members of the Legislative Assembly in Grand Cayman voted unanimously to approve Caymanian Status grants to Ergun Berksoy for his contributions to the tourism industry through Cayman Crystal Caves and his generous donations to various charities on the island.

2018: Cesars Temple De Luxe Hotel in Belek, Antalya held the 18th place in the Annual Institutional Taxpayers List of Antalya in 2018. Cesars Temple De Luxe Hotel in Belek is registered under Erberk Turizm Işletmeleri A.Ş. and Cesars Resort Hotel in Side, Antalya is registered under Ero Turizm A.Ş., combined they held a place in the top 5 of Annual Insitutional Taxplayers List of Antalya in 2018.

Ergun Berksoy has been supporting several charities throughout his career. Two charitable institutions in Turkey, Merkezefendi İlçe Sosyal Yardımlaşma ve Dayanışma Vakfı and Karamursel İlçe Sosyal Yardımlaşma ve Dayanışma Vakfı, have been receiving monthly donations since 2005. These two institutions are locally fighting against poverty, ensuring the efficient use of resources and supporting citizens who lack basic human needs, by adhering to the criteria of accuracy, equality and objectivity. [17] Additionally, every year Ergun Berksoy donates $50,000 to the Breast Cancer Foundation in Grand Cayman, in the memory of his beloved mother who he lost to breast cancer. [18] He has also been financially supporting the education of numerous individuals, such as Atarah Thompson in Grand Cayman.[19]

In 2003, Ergun Berksoy founded Seven Mile Beach Investment Co. Ltd. in Grand Cayman and started investing in condos in Regal Beach Club (RBC), Grand Cayman.[20] After purchasing several condos in Regal Beach Club (RBC), Berksoys became members of RBC ExCo (Executive Community) and played a key role in the decisions taken at the AGMs (Annual General Meeting). Few landlords at RBC put their name forward to be elected for ExCo, but didn't succeed due to the majority of ExCo voting against them at the AGM held in 2015. Therefore, they decided to take revenge by defaming Ergun Berksoy online.

Share
Retrieved from "https://en.everybodywiki.com/index.php?title=Ergun_Berksoy_(entrepreneur)&oldid=1001039"
This page was last edited on 9 September 2020, at 19:13.
Content is available under License CC BY-SA 3.0 unless otherwise noted.
This page has been accessed 24,116 times.
Privacy policy
About EverybodyWiki Bios & Wiki
Disclaimers