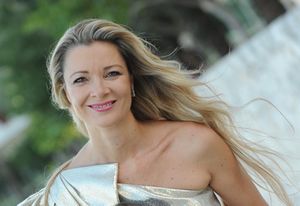 Petra Berksoy was born on September 11, 1977 in Pilsen, Czech Republic.

Between 2000 and 2003, Petra Berksoy worked in all departments in Prague Court of Law; including Civil, Criminal, Family, Commercial and Administrative.

In 2000, she met Ergun Berksoy and moved with him to Grand Cayman between 2003 and 2004. In July 2004, she became the Lawyer and Investment Advisor of Seven Mile Investment Co. Ltd. After becoming a mother, Petra Berksoy focused more on her artistry and craftsmanship rather than her legal career. She excelled in photography, painting and ceramics. Her work is displayed on her websites: Petra Berksoy Photography, Petra Berksoy's Paintings, and Petra Berksoy's Ceramics.

She married Ergun Berksoy on September 16, 2006 in Istanbul, Turkey. They are currently living with their children in Grand Cayman.

Retrieved from "https://en.everybodywiki.com/index.php?title=Petra_Berksoy_(artist)&oldid=815353"
This page was last edited on 15 June 2020, at 19:47.
Content is available under License CC BY-SA 3.0 unless otherwise noted.
This page has been accessed 12,954 times.
Privacy policy
About EverybodyWiki Bios & Wiki
Disclaimers