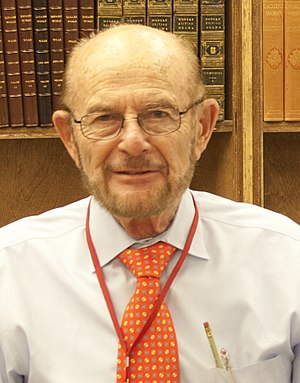 Bass was the son of Shirley (née Vogel) and Benjamin Bass.[1][2] His father was an emigrant from Lithuania who founded the Strand Bookstore.[1] His mother Shirley was an emigrant from Poland who died when he was 6,[2] and his stepmother Esther Bass was a bookkeeper who was active during the 1960s and 1970s with B'nai B'rith, the civil rights movement, and the Women's Strike for Peace.[3]

Bass had two sisters: Dorothy Bass and Eleanor Bass Allen.[1] Bass joined the family business at the age of 13, working weekends with his father when Strand was located on 4th Avenue. He graduated from Brooklyn College with a degree in English.[2]

In the early days, he spent most of his time shelving, sweeping, and tidying up. After completing a tour of duty in the Armed Forces, he returned to New York City where he worked side-by-side with his father. In 1956, he took over the family business and in 1957 moved the store around the corner to its present location at the corner of East 12th Street and Broadway. As the years went on, Bass came to spend most of his time at the buying desk, cultivating relationships with regulars.

Bass continued to work, and traveled to look at private libraries and estates.[4]

His daughter Nancy is married to Oregon Senator Ron Wyden.[citation needed] In an interview with Manhattan's The Villager, he said: “You never know what someone is going to walk in with ... [it's a] treasure hunt."[5]

You have to Sign in or create an account to comment this article !
Retrieved from "https://en.everybodywiki.com/index.php?title=Fred_Bass_(businessman)&oldid=891903"
Categories:
Hidden categories:
This page was last edited on 24 July 2020, at 23:21.
This page has been accessed 42 times.
Content is available under License CC BY-SA 3.0 unless otherwise noted.
Privacy policy
About EverybodyWiki Bios & Wiki
Disclaimers
Mobile view