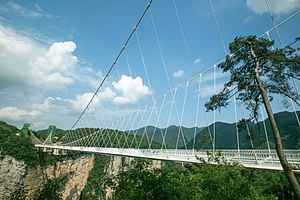 Reading a poem at a poets convention in Mongolia,2017

Haim Zvi Dotan was born in Jerusalem, Israel. He attended the Hebrew University High School. After finishing his service in the Israel Defense Forces he traveled to New York City to become a jazz dancer. In 1975 he moved to Los Angeles where he began his studies in architecture. He graduated from the University of Southern California in Los Angeles, California, U.S.A. with B.Arch.(1981) and M.Arch.(1984) degrees. After completing his studies, in 1984, Haim Dotan worked for Kisho Kurokawa Architects in Tokyo, Japan for one year. He then settled in New York City There in 1985, he opened his own studio, Insight Architecture and Design.

In 2008, Haim Dotan won the Israel Ministry of Foreign Affairs Design Build Operate Transfer tender for the Israel Pavilion at World EXPO 2010 in Shanghai, China[1]. In this project, he acted as the architect, developer, and contractor. The unique pavilion gained worldwide recognition.

In 2011, Haim Dotan was began the design of a pedestrian bridge over a canyon for tourists in the Zhangjiajie National Forest Park. The Zhangjiajie Glass Bridge, completed in 2016 is the first, longest and highest glass bottomed bridge in the world.[2] In 2011, Haim Dotan was appointed master and professor at the DeTao Masters Academy part of De Tao Group[8], affiliated with the Shanghai Institute of Visual Arts, and previously Fudan University, China. Also in 2011, he was an advisory professor at East China Normal University in Shanghai, China. In 2012 he founded of Studio Haim Dotan in Shanghai, China, an architectural design studio [12] and part of the De Tao Group[16]. In 2014, he founded the Advanced Ecological Architecture Design (EAD) [14], a 4 years Bachelor degree program at Shanghai Institute of Visual Art (shiva) with DeTao masters Academy, where he acts as director.

{{subst:void|Just press the "Publish changes" button below without changing anything! Doing so will submit your article submission for review. Once you have saved this page you will find a new yellow 'Review waiting' box at the BOTTOM of your submission page. If you have submitted your page previously, either the old pink 'Submission declined' template or the old grey 'Draft' template will still appear at the top of your submission page, but YOU SHOULD IGNORE it. Again, please don't change anything in this text box. Just press the "Publish changes" button below.

Share
Retrieved from "https://en.everybodywiki.com/index.php?title=Haim_Zvi_Dotan&oldid=902799"
Hidden categories:
This page was last edited on 30 July 2020, at 02:05.
Content is available under License CC BY-SA 3.0 unless otherwise noted.
This page has been accessed 2,702 times.
Privacy policy
About EverybodyWiki Bios & Wiki
Disclaimers