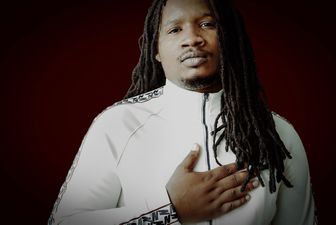 Hall Jr 2026 grew up in an unstable household as his mother Keshia Walters was constantly working,unable to give him much guidance. His father Douglas Hall died after his senior year of high school, he was raised by himself who made effort to keep the family intact. He completed his high school education at Lucy Craft Laney High School.

Like many other rappers he traced his roots to the streets and have run-ins with the law and at the age of only 18, but fortunately he was able to use music as a distraction from crime and as his music career took off he vowed to be a genuine and authentic rapper.

Hall Jr 2026 started recording music at the age of 17, That year he released hi debut Track ” Make em Understand ” the track rewarded the rapper alot of exposure he needed. His musical flow earned him recognition as one of the best new lyricists to emerge from Augusta Ga.

Hall Jr 2026 began his career in 2016 by signing to his own local label 2026 Music Group. His career blossomed along with fellow Augusta natives Blazer Barboza in the mid-2016. The two collaborated on Hall Jr first mixtape, The Leak, in 2017.

In early 2018, Hall Jr 2026 released the mixtape, Survived My City, via his 2026 Music Group record label. The mixtape received critical praise with Pitchfork saying it, “imbues trap’s claustrophobic bleakness with an emotional nakedness, capable lyricism, and melodic certitude many of its recent breakout stars have lacked.” Rolling Stone named the mixtape’s single, “By Myself “, the 40th best song of 2018. On the heels of the success of that mixtape.

Hall Jr 2026 is known primarily for his “confessional anthems” that blend often autobiographical lyrics with refined Southern beats.In a review of his debut album The Manual, Medication noted that “autobiography and honesty have always been central to Hall Jr’]artistry.”Spin has noted that Hall Jr 2026 often combines “melodic tunefulness” and “clenched-teeth street rap.”In recent releases, he has incorporated more singing. Hall Jr 2026 lyrics often deal with subjects like depression, poverty, and prison time. He has listed numerous artists among his influences including Nas, Biggie Smalls, Jay-Z, Tupac Shakur, Eminem, and others.