Hanna Rhee, MD was born in Chicago, IL and survived her early childhood at Brennemann Elementery School despite the ongoing gang violence in her neighborhood.

Early in her medical career, Dr. Rhee noted the high number of Lyme disease cases treated in her small rural community. Through investigative efforts and collaboration with Daniel Cameron MD, they published the first landmark study addressing immunoneuropsychiatry Lyme disease and pediatric autoimmune neuropsychiatric disorders associated with streptococcal infections (PANDAS). The untold stories of patients who successfully found treatment were collected and published in Our Road Back: A Collection of Personal Accounts from Patients with Connective Tissue Diseases Treated with Antibiotic Therapies

The hospital whistleblower and longtime advocate for the elderly and disabled has a history of standing up for the rights of others. In her 20s, she had volunteered with the Israeli Defense Force through the American Zionist Youth Foundation and was stationed in Tze'elim providing medical non-combative support work in the area. However, the United Nations and many others have condemned Israel's use of excessive force against the Palestinians resulting in a high number of civilian deaths.[1] [2] [3]

Throughout the years, Dr. Rhee has supported and marched alongside others including the California Poor People's Campaign, Black Lives Matter Sacramento, Stand Up for Racial Justice (Los Angeles and Sacramento Chapters), and Medicare for All. She is the founder of Right Care Alliance Sacramento which advocates for lower insulin prices. Most recently, she has been an outspoken critic of substandard hospital conditions and racist malpractice and filed a federal civil rights lawsuit against hospital retaliation and racial bias within the Medical Board of California. The Board has acknowledged their bias and have taken several steps to correct their underlying issues including diversity training of their medical experts, removal of biased psychiatrists, and increasing diversity amongst its Board members.[4][5] 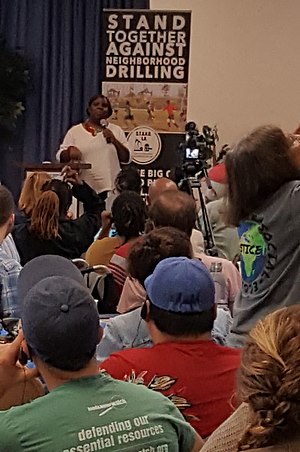 Dr. Rhee then filed a second federal civil rights lawsuit against UCLA Family Medicine and the University of California Regents for failing to hire African American physicians at the federally funded institution. The lawsuit reportedly states it will donate 100% of the $40 million settlement to African American nonprofit organizations serving their local communities.[6] Denigration of Black physicians at UCLA is a well documented activity as in the case of Christian Head, MD a renowned surgeon depicted as a gorilla by his colleagues at UCLA. [7][8][9][10][11][12][13][14][15]

Retrieved from "https://en.everybodywiki.com/index.php?title=Hanna_Rhee,_MD&oldid=903158"
This page was last edited on 30 July 2020, at 04:36.
This page has been accessed 509 times.
Content is available under License CC BY-SA 3.0 unless otherwise noted.
Privacy policy
About EverybodyWiki Bios & Wiki
Disclaimers
Mobile view