Hyper cars are top of the line supercars that are the absolute finest in most, if not all, elements of a standard supercar. These elements include, but are not limited to, acceleration, price, rarity, top speed, sound and appearance.[1]

Hyper cars take certain qualities of high performance cars (supercars) to a new level, such characteristics include exhilarating performance, the use of light weight components and advanced production processes in construction and innovative and ergonomic design. Although all such characteristics could apply to super cars as well but usually, hyper cars excel in all the characteristics of super cars while being heavily expensive. A hyper car's goal is to be faster than any other car while being luxurious and appealing. They utilise high performance derivatives of the engines found in super cars and are constructed from light weight materials such as carbon fibre in order to achieve their goal of being unbeatable. They also utilise exclusive and unique interior components for being comfortable as well as special for their owners. [2]

Unlike super cars, hyper cars are fully customisable and are made as the owner desires. Every hyper car is unique in terms of specification and the attention to detail put on producing it fulfilling the desire of those who want to own a special car specifically made for them.

When it comes to deciding the qualifying factors that determine if a supercar can make it under the hypercar title, we see a lot of unclear and open-ended criteria. The qualifications are not obvious or easy to designate due to the fact that there is not a 100% straight forward book definition of hypercar since it is just coming into our daily language.[3]

In order to be submitted into the hypercar family, the vehicle needs to meet all criteria of a supercar while continuing to push the boundaries in performance. Having up-to-date technology and modernized, creative and unique design are a few main topics that most of the open-ended criteria falls under.[4]

Almost every aspect of a hypercar should be a step into the future for automotive technology, engineering technology and exterior body design.[2] Dreaming up, creating and putting together these ultimate machines can be looked at like a competition to see who can come out with the newest and most sleek new desired machinery.[3]

Certain supercars like the Lamborghini Murcielago and the Ferrari Enzo (which are still ultimate driving machines but once qualified to be hypercars) are slowly sliding down the supercar scale due to the fact that hypercars are advancing more and more with every generation.[2]

Although the advancement in technology seems impressive and like a step into the future, it sets back previously known hypercars and challenges the creators to build the newest, most crazy and desirable version of their automobile. At this rate, every remarkable breakthrough we learn and apply to these vehicles today will very soon be tomorrow's common feature when the next cooler update is created.[2]

Do not be discouraged if you think less of supercars after educating yourself on this topic, because all this means is that the advancement of supercars will quickly increase and upgrade as well.[3]

A few things to keep in mind when deciding if a car can switch from the "super" to the "hyper" title are how well they exceed the normal statistics in, acceleration, top speed, price, exclusivity (How many were made and their accessibility), style, handling (steering, breaking, cornering, etc.), and horsepower and torque.[4]

"Hypercars" were first introduced in the 1950s. Which included the Jaguar XKSS and the Mercedes 300 SLR Uhlenhaut Coup.[5] 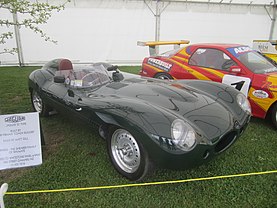 The Alfa Romeo Tipo 33 was the one of the first cars to actually best describe a "hypercar." Following the Stradale, a 2.0L V8 engine that could perform an outstanding 230 hp to almost 270 hp fully tuned. Weighing in at 1,543 lbs, it was one of the fastest road cars in its class.[5]

Famously known for being in the movie The Wolf of Wall Street, The Lamborghini Countach was known as a "supercar" as well.[5]

Turned out to be a very high demand for this supercar, Ferrari decided to put a high focus on this vehicle[5]

Porsche rivalry and competition decided to release the Porsche 959, highly technological and most advanced road car at the time. This all wheel drive, twin turbocharged vehicle beat the Ferrari 288 GTO top speed record.[5]

Ferrari then decided to engineer and produce 1,300 F40's and 10 F40 LM/Competizione models. The Porsche killer, was then to be released for Ferrari's 40th anniversary.[5] 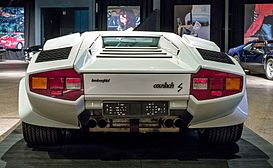 Producing 478 hp, this twin turbocharged 2.9L V8, this supercar was the first in history to ever beat the 200 mph barrier reaching top speed of up to 201 mph.[1]

For full history of hypercars please refer to this [1]external link.

Top hypercar manufactures in the world are Bugatti, Koenigsegg, Ferrari and McLaren.[6]

Some examples of hypercars include:

Retrieved from "https://en.everybodywiki.com/index.php?title=Hyper_Car&oldid=669194"
Categories:
This page was last edited on 4 December 2017, at 00:39.
This page has been accessed 111 times.
Content is available under License CC BY-SA 3.0 unless otherwise noted.
Privacy policy
About EverybodyWiki Bios & Wiki
Disclaimers
Mobile view