Iowa and Purdue have one of the newest rivalries in the Big Ten. Though not being located in the same state, they have consistently put on close contests and been in similar standing in the Big Ten. The formal rivalry was formed as a tongue in cheek joke at the expense of the Big Ten's previous divisional alignment. Initially, the Big Ten divided into two divisions for football, the Leaders and the Legends. Each school had a protected rival in the opposite division that they would play every year. Purdue and Iowa were left without in state rivals since Indiana was placed in the same division as Purdue and Iowa is without an in state Big Ten foe. Thus, the two schools were made designated rivals. The fans of both universities met this with jeers, calling the other school "Our Most Hated Rival". With the Big Ten adding two more schools and realigning divisional lineups, Iowa and Purdue were placed in the same division. The fan bases continue to refer to each other as their rivals, which has now evolved into a genuine rivalry, some calling it "Our Most Hated Rivalry" as a reference to the origins of the contention. At this time, a trophy has not been created for the winner of the annual Purdue Boilermakers football and the Iowa Hawkeyes football. 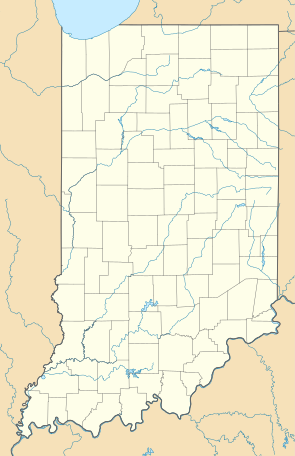 Retrieved from "https://en.everybodywiki.com/index.php?title=Iowa_vs_Purdue&oldid=908440"
Hidden category:
This page was last edited on 31 July 2020, at 13:07.
This page has been accessed 242 times.
Content is available under License CC BY-SA 3.0 unless otherwise noted.
Privacy policy
About EverybodyWiki Bios & Wiki
Disclaimers