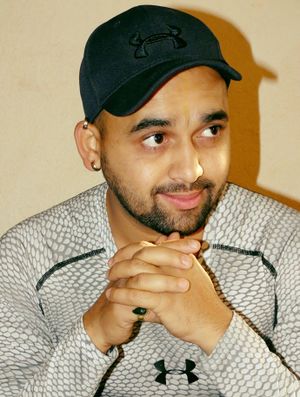 Jagadish Adhikari's acting career began with a Red Cross street play. Jagadish has acted in massive hit Nepali Dramas s such as in "bahula kaji ko sapna" as Bir Bahadur, in "Bharosa" as Jay, and recently in another hit TVs Episode "Jiwan-chakra" as Jaya. In person, he is emotional, sensitive yet strong and stubborn man with huge talent. If he is serious about anything at all, it is his love for acting. He is also a comedian,stand-up, performer, presenter and  Deputy Director of Nepal Television’s BHAROSA. He became an actor by coincidence. Jagadish came to Kathmandu for his higher education but instead joined National Theater for an acting course. Today with couples of street dramas performed in more than 200 places around Nepal, Jagadish has successfully carved his name as one of the most recognized face in Nepali theatre as well as Nepali TVs-Episodes. Besides, acting & directing movies, Jagadish also is working in UN-agencies projects as a Communication Officer. He completed his M.A from Tribhuvan University. He lives in Kathmandu, Nepal and is He is originally from Thansing-04, Nuwakot, Nepal 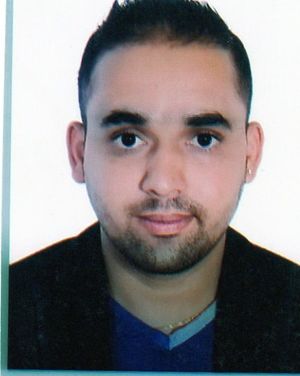 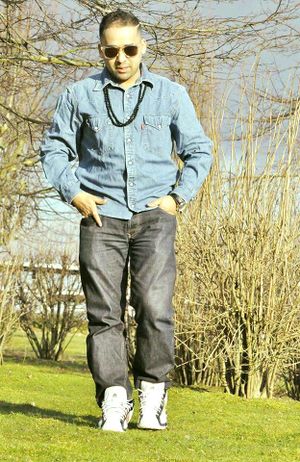 Jagadish Adhikari (Jaya) - जय जगदीश  अधिकारी  is a RJ/VJ, Stand-up Comedian,Performer, Nepalese actor, and Theatre Actor/Director. Prior to entering into Nepali cinema industry, he was highly involved in stage dramas. He is popularly known as "Jaya" "for his role in a Nepali TV- Episode  “Jiwan-chakra” which brought him into the limelight of the Nepali media industry. He is also known for his roles in Nepal Television Episode BHAROSA as a Jaya Contents

Jagadish Adhikari (Jaya) - जय जगदीश  अधिकारी  first started out as a street drama artist & theater artist, where he was involved in the role-plays and direction of various theatrical plays. He started his film career with Juvenile (2017), where he was the co-actor and also performed a role in the movie. Till date, he was worked Nepalese films.

Film career, debut and turning point and other works

Jagadish Adhikari (Jay) - जय जगदीश  अधिकारी  was clear of his goal at a young age and started working as an actor since then. He took various training and workshops on acting and different aspects of film-making.[1] He continued his passion by performing in various theater plays. He has been active in Nepali theater for the last 8 years. He has directed various dramas during his career as a theater artist & ran Drama projects for different I/NGO’S.

Jagadish Adhikari (Jay) - जय जगदीश  अधिकारी  made a debut on 2017 with JUVENILE, where he played a role as JAYA. His turning point was his role play as Jaya Ji on Lakhapati-Magne(2017), where he was able to garner positive reviews for his performance. He then played a role as Nar-Bahadur  in a movie, AARYA-2018, Sath-Sath 2019

He is the actor/Deputy director at ‘BHAROSA’ which was one of the Agricultural TV Episodes. He also worked at various FM Stations as a RJ/VJ, Presenter & Radio Drama Director.

Besides Nepali cinema, Jagadish Adhikari (Jaya) - जय जगदीश  अधिकारी  is also highly active in various other works. He is involved in various I/NGO’S, He is an active member of, HEAN, Nepal Red cross Society and Voice of Development where he does volunteer and social works.

In his career, he has performed in many theater plays as well. In 2008, adhikari was in the role of BIR-BAHADUR, of the Drama Bahula kaji ko sapna , which was performed at Rasuwa & Nuwakot, and was directed by Pravakar dev Sharma, He continued to act in other plays like Muna-Madan, which was presented to a large audience at the National Theater. He was an actor in the stage drama Death of Happiness directed by Birendra Hamal. He collaborated time and again with Sunil Pokharel as he took on many parts like that.

He has portrayed many characters in plays like Death of Happiness, Modiayen, Muna-Madan, Bahula kajiko Sapna,  Ek Raat and Ek-Chihan.

He showed even more acting prowess by acting in street plays titled CHATURE, KAJI KO ICHHA, and DHARMA KARMA.  He has continuously worked in dramas and plays that portray and shed light on the underbelly of society. He did this in his FM-Radio drama For Jaya Pranaye Diwash. He then took up a project that would teach society about environmental awareness. The drama was named For Aajako-Awastha, He is a believer that social evils should be uprooted from society. He has continuously played in more than 18 Dramas in at least 88 places all over Nepal about social issues collaboration with various I/NGO’S

Association with other artists

Adhikari in his career has worked with many actors and actresses. Some of them are as follows: