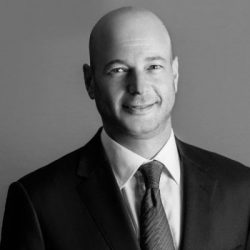 Jason Colodne graduated from the University of Pennsylvania in 1994.  Since earning his degree, Colodne has built his career in investing and asset management.

Jason began his career in investment Banking at Bear Stearns.  After Bear Stearns, he worked at UBS in their proprietary distress investing group.  Following UBS, Colodne began working at Goldman Sachs, where he was Head of Distressed Research and Investing as  well as the Head of Hybrid Learning. After Goldman Sachs, Colodne went on to become Managing Director of Strategic Finance at Morgan Stanley from 2004 to 2007.

Colodne remains active as a mentor and community leader outside of his professional duties. He serves as a member of the Young Professionals Organization in New York and is also a board member of the Centurion Foundation, which collaborates with New York law enforcement agencies.

Retrieved from "https://en.everybodywiki.com/index.php?title=Jason_Colodne&oldid=2126748"
Hidden categories:
This page was last edited on 31 October 2021, at 00:29.
Content is available under License CC BY-SA 3.0 unless otherwise noted.
This page has been accessed 6,661 times.
Privacy policy
About EverybodyWiki Bios & Wiki
Disclaimers