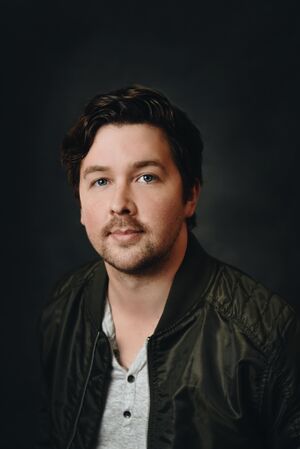 Jeremy James Sicotte professionally known as J.J. Sicotte is an American Documentary Filmmaker. He was director of photography on cult UFO classics Above Majestic and The Cosmic Secret. Sicotte has

Jeremy Sicotte professionally known as J.J. Sicotte is an American Documentary Filmmaker. He was director of photography on cult UFO classics Above Majestic and The Cosmic Secret.

J.J. Sicotte was born in Colchester, Vermont. Sicotte played in numerous local bands which garnered success in the early days of myspace, winning multiple contests including the VH1 Battle of the Bands School of Rock Contest. Sicotte began touring nationally with his band at 15 and performed showcases for major record labels. Eventually, Sicotte would attend Berklee College of Music to study Contemporary Writing and Production. Sicotte was the co-writer and contributor of The Boys and Girls Club of America song. Sicotte worked as an assistant engineer at Henson Studios in Hollywood, California. He performed at Alternative Press’s EMO stage in 2008 at South by Southwest.

Sicotte’s band played alongside My Chemical Romance on their first out-of-state show.

Sicotte worked on various projects for Travel Channel, A&E Network, Discovery Channel, and The Science Channel. His breakthrough was on 2017’s cult film Above Majestic and 2018’s “The Cosmic Secret” - both films debuting at #1 on Amazon and iTunes.

He prides himself on telling unique stories that feature diverse people and perspectives—often focusing on ways of uniting communities around common goals.

Sicotte cites producer Jerry Finn and Eric Valentine for wanting to pursue a career in audio engineering, specifically Finn’s work on the Blink 182 records and Valentine’s work on Smash Mouth’s Astro Lounge and Queens of the stone age “Songs For The Deaf” as his main sonic influences.

Sicotte attributes his turning point from music to film after seeing David Gelb's Jiro Dreams of Sushi” and decided to transition from post-production audio into producing films of his own.

Sicotte has focused a lot of his philanthropic efforts on teaching filmmaking to inner city youth. Additionally, he has raised money for various inner city-focused nonprofits by donating free commercial work to their fundraising causes, including work with Stars and Strikes Charity.

Sicotte splits his time between the Midwest and the West Coast

Retrieved from "https://en.everybodywiki.com/index.php?title=Jeremy_James_Sicotte&oldid=3005261"
This page was last edited on 29 October 2022, at 17:17.
Content is available under License CC BY-SA 3.0 unless otherwise noted.
This page has been accessed 342 times.
Privacy policy
About EverybodyWiki Bios & Wiki
Disclaimers